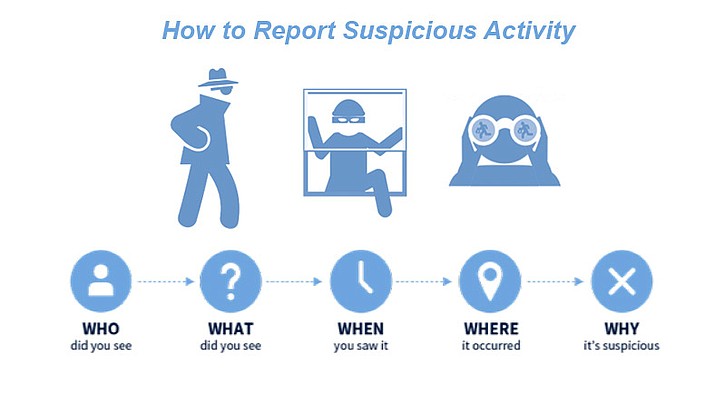 The sort of information that police need when receiving a report about suspicious activity.

All of the local law enforcement agencies are gearing up for what they hope will be a safe Labor Day weekend.

Each agency plans to commit additional personnel to DUI enforcement and will help staff a command post on Saturday, Aug. 31, from 6 p.m. to 2 a.m. Sunday, according to a Prescott Valley Police Department (PVPD) news release.

The command post will be located at the west end of East 1st Avenue at Prescott East Highway in Prescott Valley and will be used to process DUI contacts, according to the release.

As is the case on all holiday weekends, the extra traffic enforcement is made possible through a grant from the Arizona Governor’s Office of Highway Safety.

“Highway safety is everyone’s responsibility who use the roadway,” PVPD spokesperson Jerry Ferguson said in the release. “If you see erratic or illegal driving, or any other suspicious activity, immediately contact your local law enforcement agency.”

What is suspicious activity?

 Is it the unknown man across the street sitting in a blue car?

 Is it the kid crawling over the neighbor’s back fence?

 Is it the solicitor going door-to-door and leaving flyers on the door knobs?

 Is it something that is out of the ordinary, out of place or the norm?

 Is it circumstances that cause you to do a “double-take?”

 It is something that causes the hair on the back of your neck to raise up or uneasiness in your stomach? 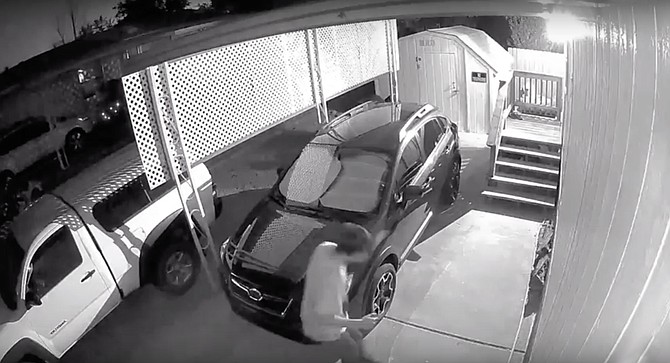 An unidentified man caught on surveillance video trying to open the door of a vehicle parked in a Prescott Valley residential driveway in June. (Prescott Valley Police Department/Courtesy)