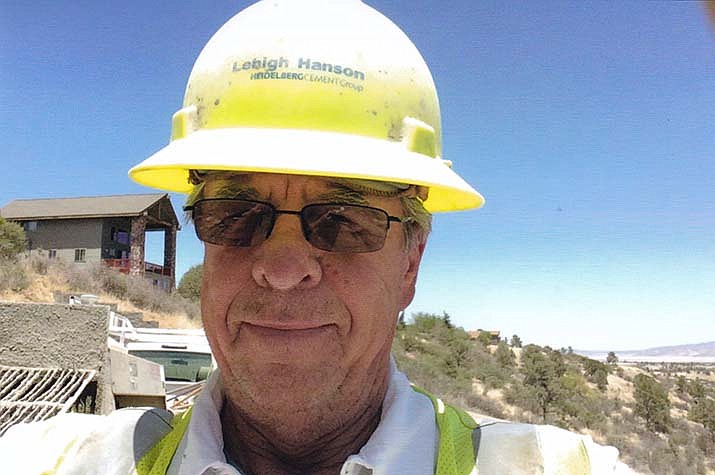 He worked for Lehigh Hanson Redi-Mix as a driver until his passing.

He moved from Oregon, Spring 2016, to be with his now beloved wife, Dena. Jim was a very proud Navy veteran, his final resting place will be at Miramar National Cemetery, San Diego, California, Sept. 27, 2019. He grew up in California and was stationed at Miramar when in the Navy. He would say, “I should have stayed in and made a career of it.”

There are plans in the making to have a “Celebration of Life” for Jim here in Arizona, Oct. 26, pending a confirmed date, time and place.

Jim’s proudest accomplishments, besides the Navy, was being a father to his three kids, Jimmy, Holly and Heather, and his 10 grandkids who called him “Papa.”

Jim loved to be goofy, make people laugh. He loved to fish (even if it was in a make-believe puddle in front of the house during monsoons - LOL). He loved all holidays, especially decorating for Christmas. It is comforting to know that Jim was reunited with his big, beautiful Irish wolfhound, Awnna.

He is preceded in death by his father, Robert Schwarz; his sister, Kathy (Schwarz) Caldwell; and first wife, Ivy Jean (Schwarz) Anderson. He is survived by his wife, Dena (Murray) Schwarz; son, James (Jimmy) Schwarz; daughters, Holly (Schwarz) McClure and Heather (Schwarz) Dane; along with his 10 grandchildren. He is also survived by his mother, Beatrice Schwarz; three brothers, Robert, Eric, Charles; and two sisters, LuAnn and Jody. He couldn’t have loved them any more than he did and they all knew it. Until we all meet once again ...RIP.