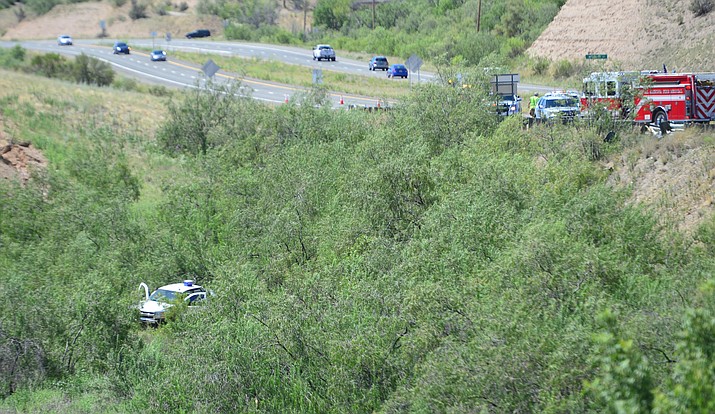 The driver of a white truck received serious injuries after his vehicle broke through a guard rail on Highway 69 in Dewey and careened down a ravine at about 10:45 a.m. Thursday, Aug. 22.

The Arizona Department of Public Safety (DPS) and Central Arizona Fire and Medical Authority responded to the scene at milepost 279 – near Main St. – shortly before 11 a.m.

Medical personnel reported the man was initially unconscious with a pulse, but then came to while being treated. He was then transported via helicopter to HonorHealth Deer Valley Medical Center for additional treatment.

“Troopers on scene say the driver, who was alone in the vehicle, may have suffered a medical issue which caused him to lose control and strike the guardrail,” DPS spokesperson Bart Graves said.

Graves said he could not release the man’s name, age or place of residence while he was in the hospital.