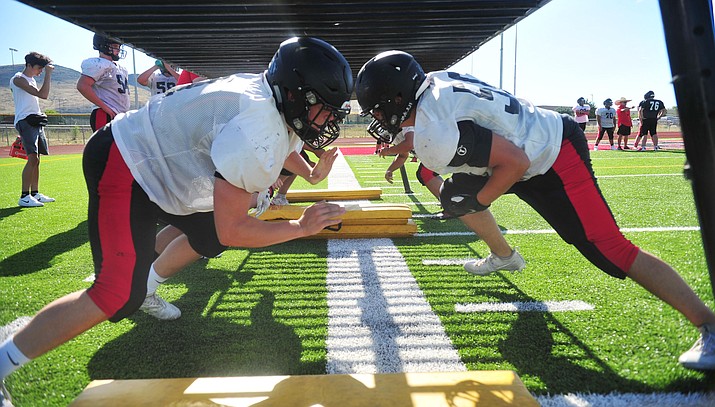 Last Week: Bradshaw Mountain – The Bears finished the 2018 campaign with a 8-3 overall record, making the 4A state playoffs and losing to Mingus 21-17 in the first round; Estrella Foothills – The Wolves in 2018 put together a decent 6-5 overall record but went undefeated in Southwest play at 4-0, made the 4A state playoff and were eliminated by eventual champions Saguaro 49-0 in the first round

The Setting: Bradshaw Mountain will have a much different squad when it takes the field for its 2019 opener. The Bears graduated 11 starters on offense and nine starters on defense, as well as four specialists, in the offseason. Head coach Chuck Moller said he may start as many as six sophomores on offense and at least a half dozen on defense. However, the Bears will rely heavily on junior quarterback Josh Grant (6 feet, 175 pounds), a three-sport athlete who saw time in six games, completing 19 of 46 passes for 204 yards, three touchdowns and an interception.