Williams: Oh, to be remembered 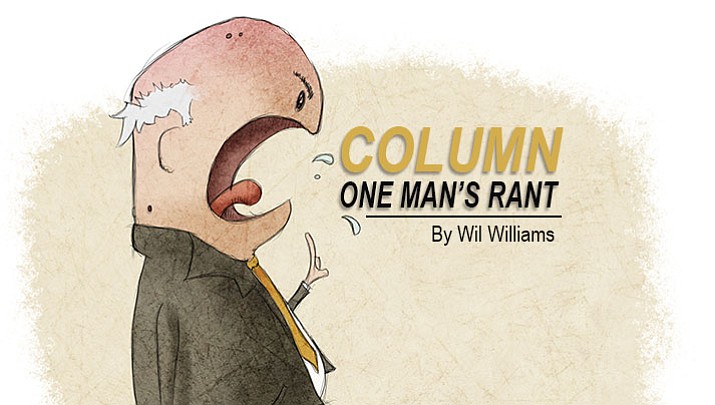 I know an amusing joke featuring an interview between Noel Coward and William Shakespeare. I’m not courageous enough to reveal the punch line here, but the theme of it is that Noel Coward wants to learn the secret of Shakespeare’s enduring and global popularity.

I’m wondering the same thing; how could I stimulate a long-term awareness of who I am (was), and do I really want to waste my time thinking about something that no one else will care a fig about?

How did other names only partially lost to history solidify their place in the annals of time?

Euell Gibbons created a legacy when he began doing commercials for Grape Nuts Flakes on TV. Since those commercials aired nearly 50 years ago, I’ve remembered Euell’s name, but I didn’t know he drifted around the Southwest foraging for local plants and berries to supplement a healthy diet. He worked periodically as a dairyman, carpenter, trapper, gold panner and a cowboy. Perhaps his most thought-provoking quote was, “Many parts of a pine tree are edible.” This man knew how to make his mark on the public consciousness, didn’t he?

I also remember the name Harold Stassen from my early years, but only because he lost his bid for the presidency in 1948 and ran nearly every four years up to 1992 for one elected position or another.

The name Pat Paulsen also sticks in my mind for a similar reason. As a comedian and satirist, he conducted less-than-serious presidential campaigns from 1968 to 1996. His sad-sack face is still seared into my mind.

How about Gisele MacKenzie, the Canadian singer and actress who appeared frequently on the 1950s TV program Your Hit Parade? If anyone remembers her name other than me, it isn’t because of her birth name of Gisele Marie-Louise Marguerite LaFleche.

Remember the $64,000 Question TV quiz program? Charles van Doren, a writer, editor and show contestant, testified in 1959 that he had been given the correct answers to win the big prize. Psychologist Dr. Joyce Brothers also won the top money prize although producers tried to thwart her victory with deceptive questions.

The first moderator of Meet the Press was Lawrence Spivak, who I wouldn’t remember if I hadn’t seen him in his black-and-white hues leading the panel way back then.

And if it hadn’t been for his timeless Timex watch commercials, I wouldn’t know who John Cameron Swayze was. I see there is a relatively large population of ‘John Swayze’s’ still living across the country, but there isn’t one ‘Cameron’ among them.

TV offered multitudes of personalities that still linger on in some memories. Such as Dave Garroway, who was the first host of NBC’s Today program.

Running from 1933 to 1968, a fellow by the name of Don McNeil hosted The Breakfast Club, the longest-running gig for an MC of a network entertainment program. I can remember hearing his program while eating my own breakfast in the 1950s in Fort Wayne, Indiana.

Another name that I recall from those years on radio was Ed Herlihy, who was the voice of so many product commercials, including Kraft Foods, that when he died in 1999, the New York Times said he was “A Voice of Cheer and Cheese.”

Unfortunately, I’ll never forget Tiny Tim, the left-handed ukulele-playing musician who revitalized the immortal song, “Tip Toe through the Tulips with Me.” God help me.

So, where do I go from here? Folks are remembered for many reasons, some positive, some disapproving. Which direction shall I take?

My inner voice of reason suggests pointedly that I should forget the whole thing. I think I will.