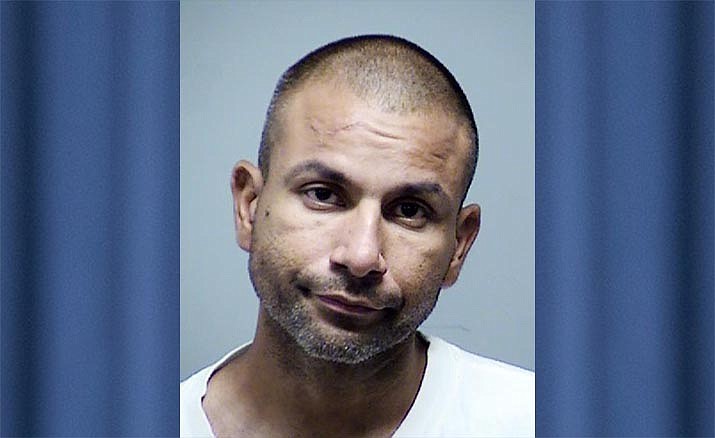 Thanks to an alert Prescott Valley resident, a home burglary was thwarted Sunday night, Aug. 18.

The Prescott Valley Police Department (PVPD) was notified of the possible crime in the 4500 block of Katie Circle East in Prescott Valley at about 8:40 p.m. that night, according to a PVPD news release. The caller reported seeing a man break a rear window and enter the home.

When officers arrived, they saw a light in the house being turned out, PVPD reported. The officers identified themselves and ordered anyone in the home to come out with hands up. A Hispanic man exited and identified himself as 33-year-old Jesus Bustamonte. He had lived in the home over two years ago and no longer had a door key, so he broke a window to enter the home.

To make sure the house was safe, a K9 officer used his K9 partner to search the building, PVPD reported. No other suspects were found.

Bustamonte was arrested and booked into the Yavapai County jail for criminal trespass (a felony) and criminal damage (a misdemeanor).

“It’s obvious that police officers cannot be everywhere at once,” PVPD spokesperson Jerry Ferguson said. “The only way to keep the community safe is for all citizens to report anything suspicious. ‘If you see something, say something’ is more than a motto or slogan; it’s a way of life. Interim Police Chief James Edelstein expresses much appreciation for the interaction between the residents and the police department.”