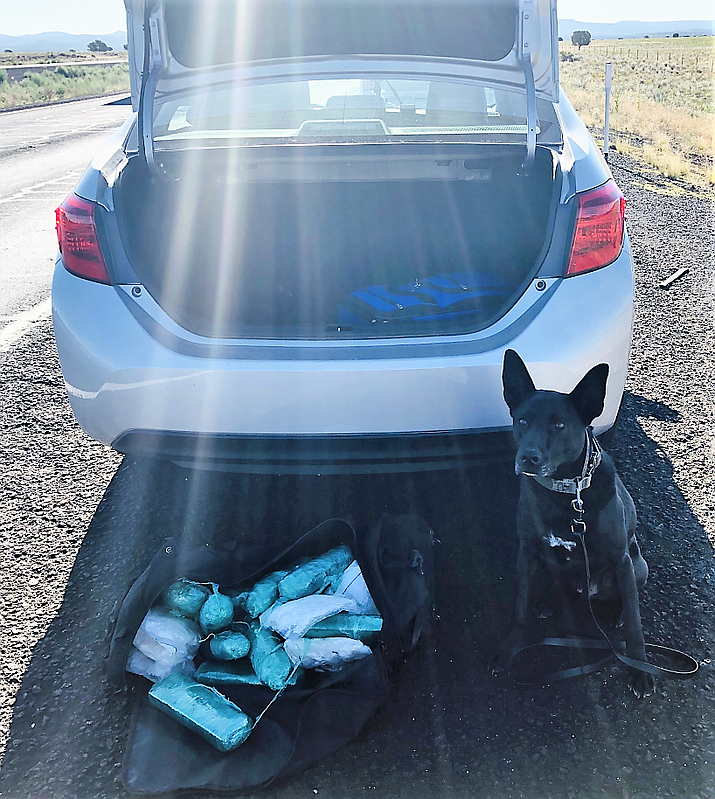 A Florida man was arrested for transporting over 30 pounds of drugs and narcotics in Yavapai County on Sunday, Aug. 18.

Demetrius Dowdell, 39, from Florida was arrested in Ash Fork on Aug. 18, 2019, for transporting over 30 pounds of drugs and narcotics. (Yavapai County Sheriff’s Office/Courtesy)

Demetrius Dowdell, 39, was driving on Interstate 40 in the Ash Fork area when a Yavapai County Sheriff’s Office (YCSO) K9 deputy noticed his vehicle had visible windshield obstructions, including a windshield-mounted dash camera and radar detector, YCSO reported. The deputy decided to pull Dowdell’s vehicle over and start a conversation with him.

“Demetrius was more nervous than the average motoring public in a similar situation and when he exited his vehicle to speak with the deputy, he locked the car doors – not typical behavior by a motorist during a traffic stop,” YCSO spokesperson Dwight D’Evelyn said.

As the conversation continued, Dowdell’s nervousness increased as he offered conflicting accounts of his travel plans, D’Evelyn said. When asked if he was transporting drugs in his vehicle, Dowdell said he was not. The deputy suspected Dowdell was lying, so he deployed his certified K9 partner, Vader, for a free air/exterior sniff of the vehicle. During the walk around, the K9 alerted at least twice to an odor of narcotics coming from the trunk and passenger side of the vehicle, D’Evelyn said.

Deputies opened the trunk and found two bags inside. One was a duffle bag and the other a suitcase. Inside the duffle bag, deputies discovered 29 large plastic bags containing apparent methamphetamine along with other narcotics, YCSO reported.

Sample testing of the contents revealed there were about 25 pounds of methamphetamine, 2.5 pounds of white powder heroin and 2 pounds of ‘Black Tar’ heroin – a total weight of 30.5 pounds.

“Further testing will be necessary to confirm the exact make-up of the narcotics,” D’Evelyn said. 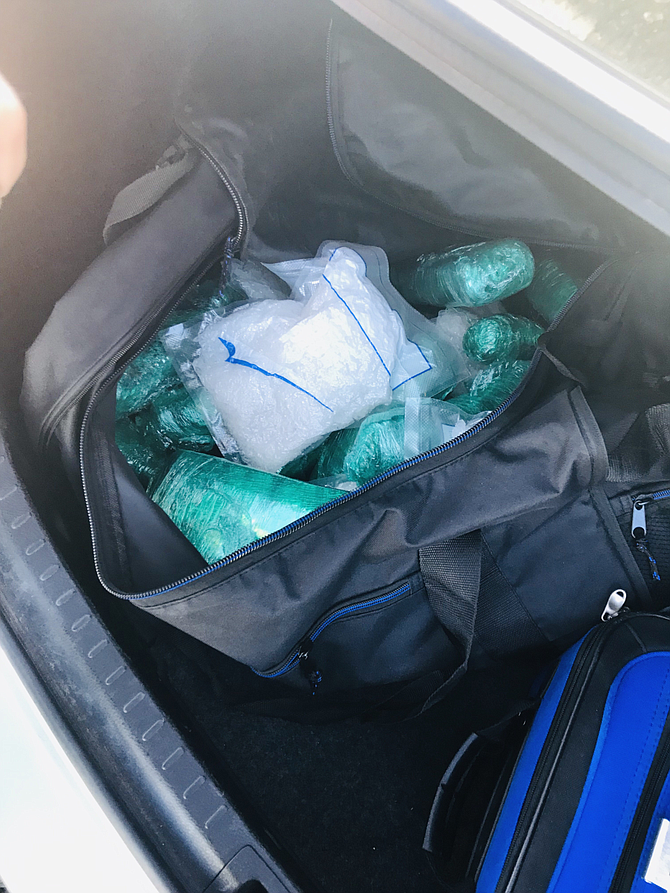 Over 30 pounds of drugs and narcotics were seized by police in Ash Fork Sunday, Aug. 18, 2019. (Yavapai County Sheriff’s Office/Courtesy)

The investigation is ongoing as to the source and destination of the drugs and narcotics, YCSO reported.