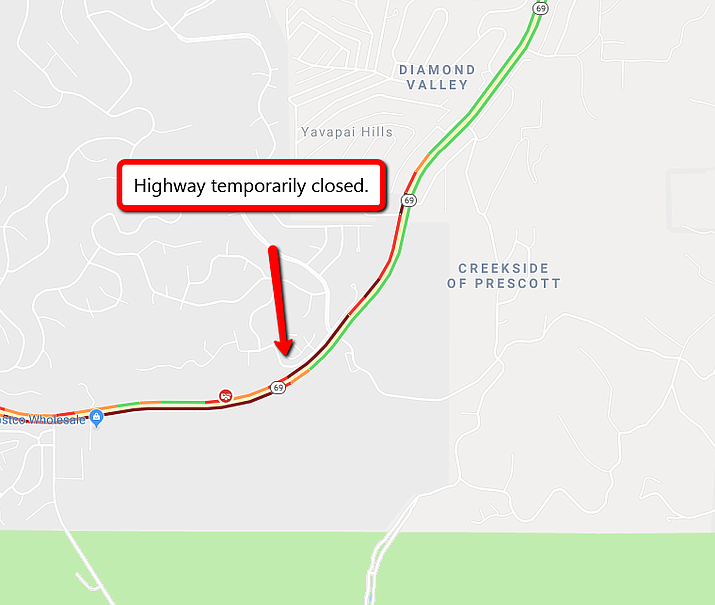 Highway 69 is temporarily closed in both directions at the intersection of Old Black Canyon Highway as of 4 p.m. Thursday, Aug. 15, due to a crash with injuries, according to police officials.

A helicopter will be landing in that area to transport a patient to a level one trauma center either in Flagstaff or Phoenix.

Initial reports indicate the injured person is a man in his 60s. He was riding a motorcycle without a helmet when the crash occurred.

"Please be advised that the highway could remain closed for an extended period of time," Prescott Police Department Lieutenant Jon Brambila said.

Drivers traveling to or from Prescott on Highway 69 are being asked to use alternate routes, namely Highway 89A to Highway 89 or Prescott Lakes Parkway to Highway 89.

Cordes Lakes woman dies in Highway 69 rollover
89 reopens north of Prescott airport after crash
Update: I-17 is now open; wildfire under control
Update: Interstate 17 is open in both directions after fire
Update: Left lane of I-17 northbound reopens near Camp Verde after FedEx truck accident