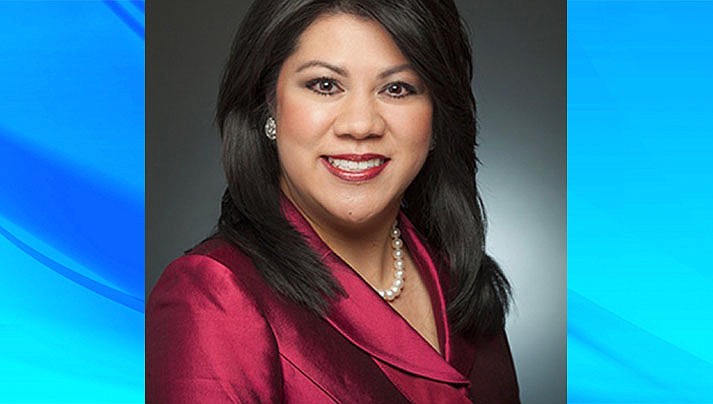 She testified before an Arizona Senate committee as a 17-year-old Greenway High School student in 1992. After learning that the bill failed, she tried again years later as an Arizona senator.

The first effort stalled in the House; the second was rejected by the governor.

But unlike those efforts, the 45th Treasurer of Arizona is the captain of investments for Arizona municipalities and the state, with exceptional results.

The Republican, who won her office by about 200,000 votes last fall, was in Prescott on Monday, Aug. 12, as part of her tour of the state that began shortly after taking office. She, along with her experts on staff, boasts a return rate for the state treasury that exceeds that of endowment return rates at places such as Harvard, Stanford, Yale, Cornell, and more.

Specifically, Arizona’s return rate is 7.73% versus about 6% of top 100 university endowments across the country.

Get this: Yee’s office commands a total of $3,472,575,044 in assets. That’s an amount more than the budgets and assets of practically all local government entities combined.

Her office’s investments benefit, for instance, the City of Prescott and the Town of Prescott Valley – municipalities that invest their money with the state treasury, “rather than letting it sit in a bank account,” she said – adding that investment terms can vary based on the need of liquidity. The program has been underway for some four decades.

This is where the City of Prescott puts its money for roadwork projects or open space until the invoices come or the right purchase is available. That certainly beats what the Average Joe often gets on investments, such as 1% or thereabouts. I theorize the nice returns are also how local entities are able to refinance and save residents money.

I found Yee’s visit a pleasure but ironic, since officials from the Arizona Public Safety Personnel Retirement System (PSPRS) were slated to speak to the Prescott City Council on Tuesday. I imagine its investments are not performing as well; see our coverage of the presentation in today’s Courier.

I state that PSPRS’s returns are likely less than those of the state; however, that’s based on the many unfunded liabilities local and county governments, along with fire districts, are facing. Prescott is now at about $69 million, compared to a high of $86.4 million. It has gone down because of the 2017 voter-approved sales tax increase and other payments the city has been making.

Yee’s is not a job without controversy, however. She inherited Proposition 123 – the settlement between the state and Arizona’s school districts that pays out money from the State Land funds. Prior state treasurers opposed the move.

“It’s a risky thing,” she said Monday of the payouts, wondering if the payments will sunset as expected or whether school districts or politicians will have built an appetite for the money and seek an extension.

The State Lands are there to benefit schools, but not like that all of the time.

I sat there Monday wondering if Yee will play a role behind the scenes to help student journalists again. Maybe she’d be successful this time.

She is not likely to take it on, just as it is unlikely that the Arizona Treasurer’s Office will take over PSPRS investment decisions.

The image in my mind is of a political snowball in … err, the Arizona desert.

Who knows, we got to the topic of PSPRS as our time together ran out.