School board approves after-school clay class; no cost to district 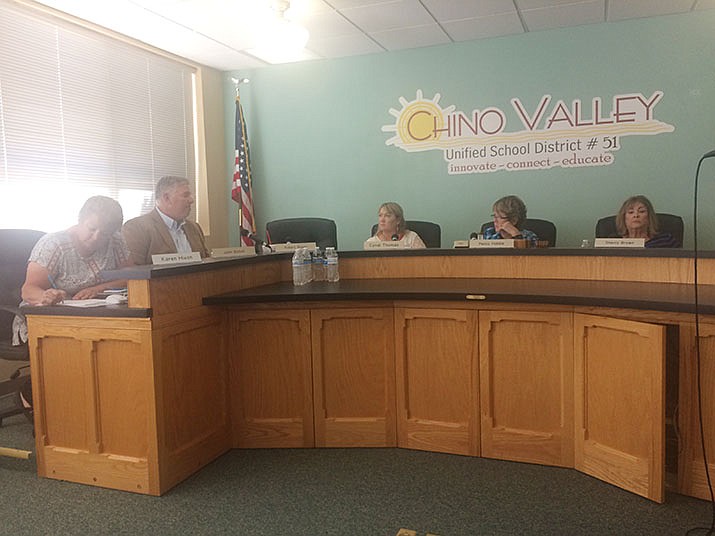 The Chino Valley Unified School District Governing unanimously approved the creation of an after-school clay class to be put on by a teacher who previously provided art classes half time at Del Rio Elementary School. (Jason Wheeler/Review)

While the Chino Valley Unified School District had to cut a teacher who provided art half time at Del Rio Elementary School, kids who want it will still have the chance for some art instruction thanks to a new program unanimously approved by the Governing Board at its Aug. 6 meeting.

“That teacher came to me and asked if she could do an … after school clay class,” Superintendent John Scholl said. “I said sure, so we sat down and she came up with a budget and what she thought would be fair to charge and things like that.”

The teacher who proposed the program, Paula Wenz, proposed to have it in four six-week sessions, Scholl said. The two of them tried to time them so they did not start too close to the beginning of school and they worked to stay away from Christmastime and the end of school, he said.

The cost for the program is going to be $90 per session and $30 of that is going to go toward supplies, Scholl said. Wenz would earn $55.75 per quarter per student on a stipend basis, which works out to be $60 when Medicare and Social Security are factored in because she would not be eligible for retirement, he said.

“This is a no-cost-to-the-district program,” Scholl said.

The district has offered something similar in the past, though this program costs a little bit less than it did back then and it is tax credit eligible, he said.

Governing Board Member Sherry Brown wondered what would happen if only a couple kids showed up and Scholl said Wenz’s commitment is to see the program through for however many kids sign up or show up to the class. Adjustments can be made if necessary as well, he said.

Transportation will also be available. School gets out at 3:05 p.m. and there is an activity bus at Del Rio Elementary School that leaves at 4:15 p.m., Scholl said.

Wenz is responsible for making sure the kids in the program get on that bus, he said.