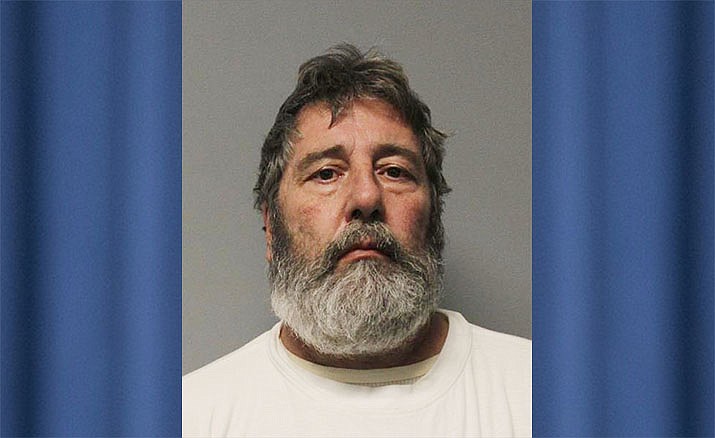 Timothy Milliard, 52, of Colorado, has been sentenced to 8 years in prison for transporting large amounts of methamphetamine and fentanyl through Yavapai County. (YCSO/Courtesy)

Colorado resident Timothy Milliard, 52, has been sentenced to 8 years flat-time in prison for transporting a large amount of methamphetamine and fentanyl through Yavapai County in late February.

Milliard’s vehicle was pulled over by a Yavapai County Sheriff’s Office K-9 deputy for an equipment violation on Interstate 17 near Cordes Lakes on Feb. 27. 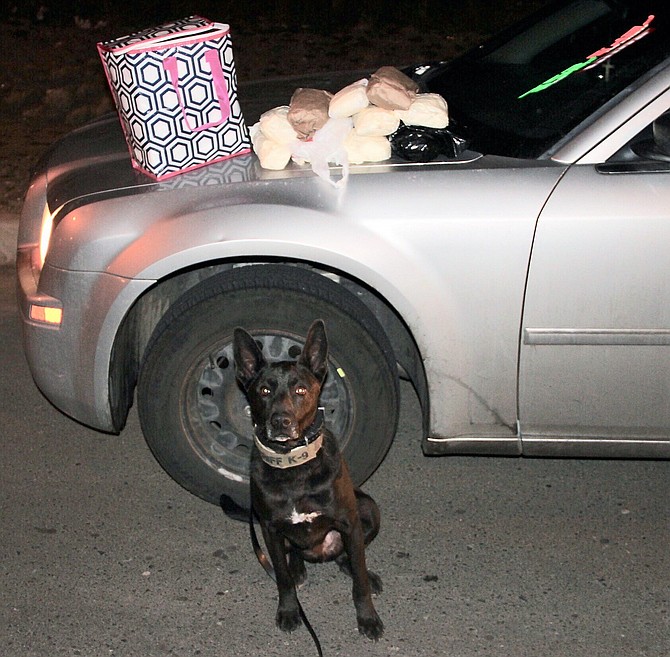 Yavapai County Sheriff's K9 "Vader" poses before the hundreds of fentanyl pills and 10 one-pound packages of methamphetamine the dog and its partner seized during a traffic stop Wednesday, Feb. 27, 2019, on Interstate 17 near Cordes Lakes. (YCSO/Courtesy)

Using his certified K-9 partner, “Vader,” the deputy found cause to search the vehicle and discovered over 10 pounds of packaged methamphetamine in an insulated food bag and 501 blue pills in a separate plastic bag. The methamphetamine’s street value was estimated to be more than $200,000, and the blue pills were later confirmed to contain fentanyl.

“Those pills were destined for out of state, but they came out of the valley,” said Nate Auvenshine, commander of Partners Against Narcotics Trafficking. 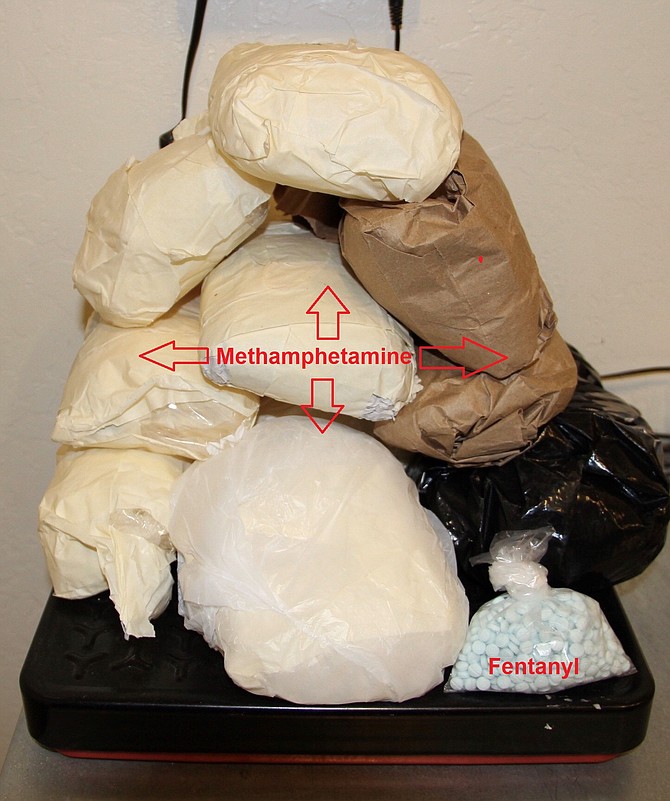 The hundreds of fentanyl pills and 10 one-pound packages of methamphetamine –with a street value of more than $200,000 –seized by the Sheriff’s Office during a traffic stop on Interstate 17 near Cordes Lakes, Feb. 27, 2019. (YCSO/Courtesy)

At the time of his arrest, Milliard was booked into the Yavapai County jail on charges of transportation of dangerous drugs (methamphetamine), transportation of narcotic drugs (fentanyl), and two counts of possession of drug paraphernalia.

Milliard pled guilty to the charges on July 8 and was sentenced to his prison term in the Arizona Department of Corrections on Monday, Aug. 12.