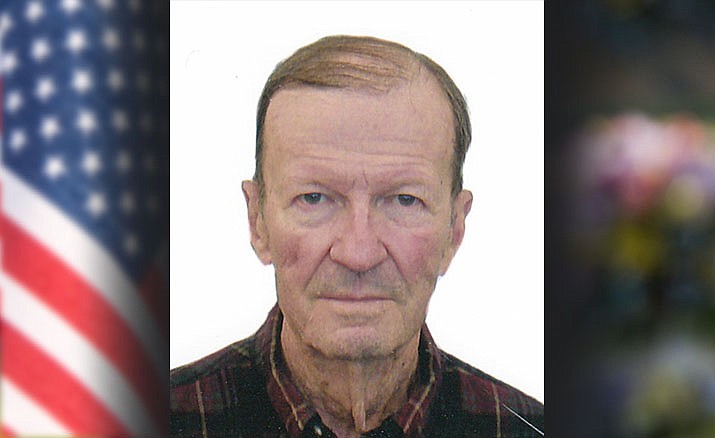 Kenneth (Ken) L. McFadden. Friends say, “Ken was one of the nicest guys they ever met.” Ken lost his battle with Parkinson’s disease, at the age of 79, at his home in Prescott Valley, Arizona, on July 18, 2019, with his loving wife, Peggy, at this side. Ken put up an amazing fight as the disease took home; there was never one complaint from this sweet, gentle man.

A proud 4th generation Arizona native, he was born in Globe, Arizona, Sept. 6, 1939, to Lonnie J. McFadden and Eleanor A. Johnson McFadden. After graduating from high school in San Manuel, Arizona, Ken continued his education at the University of Arizona and graduated in 1961 with a Bachelor’s of Science in Agriculture. He went on to receive his Teacher’s Certificate from ASU and later taught at Greenway High School in Phoenix and in Spoken, Washington. Additionally he headed the Future Farmers of America programs.

Ken had diverse interest in education which led him to the Institute of Foreign Trade where he traveled to Nicaragua to manage a cattle ranch.

After returning to the U.S., Ken proudly served in the Arizona National Guard.

Ken also partnered with his father to run Navarre’s Restaurant located on Central Avenue in Phoenix, Arizona. Thereafter, for several years, he worked as a manager for Bunger Steel and Port-A-Stall in Phoenix, until retiring and moving to the Prescott area.

His true love was music. While in college he attended a concert, which inspired him to learn guitar; in the process, he discovered he had a voice. After retiring and moving to Prescott Valley he started the Cherry Creek Band. He later volunteered playing at adult daycare centers and assisted living homes. He was often honored when asked to sing with the Wells Fargo Band.

Ken enjoyed trail riding his horse, Sally. He and his family were very involved with rodeos. It is comforting to know Ken will be with his faithful, quirky dog, Rusty.

Ken and Peggy A. Meyer were married on Jan. 12, 2013, in Bullhead City, Arizona. They were able to have six years together. Ken and Peggy spent many Friday nights at the Moose Lodge in Prescott Valley.

Ken said that he loved dancing with Peggy and that she was the best thing that ever happened to him.