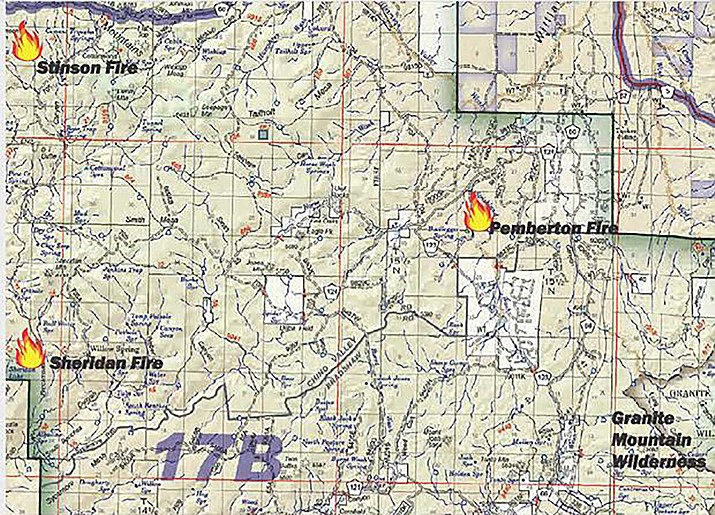 The fire, which started Aug. 6 due to a lightning strike, is burning in Pinyon-Juniper, grass and brush. Resources assigned to the fire include five engines, one crew and one helicopter.

On Friday, fire crews were successful with completing the preparations along established control lines using natural barriers and roads, according to a news release. If conditions become favorable Saturday afternoon, fire crews could possibly start hand ignitions along the northeast side of the fire area, which includes the south side of Fair Oaks Road (County RD 124). During these operations the public can expect to see an increase in smoke along Fair Oaks Road and Tonto Road (County RD 66).

Click HERE to read Friday's update on the three fires.

"We would like to remind the public to be cautious of fire traffic in these areas and potential smoke on the roadways. Please follow all signs within the fire area," the news release stated. "Drivers may experience delays on Fair Oaks Road due to fire traffic, firefighters working along the roadway, and smoke. Firefighter and public safety is our first priority."

Weather for Saturday is partly cloudy with a slight chance of showers and thunderstorms. Winds are expected to be light from the southwest becoming gusty in the afternoon associated with thunderstorms. Temperatures between 85 and 89, relative humidity between 33 and 37%, are expected.