50+ year graduates of Prescott High school to meet in September 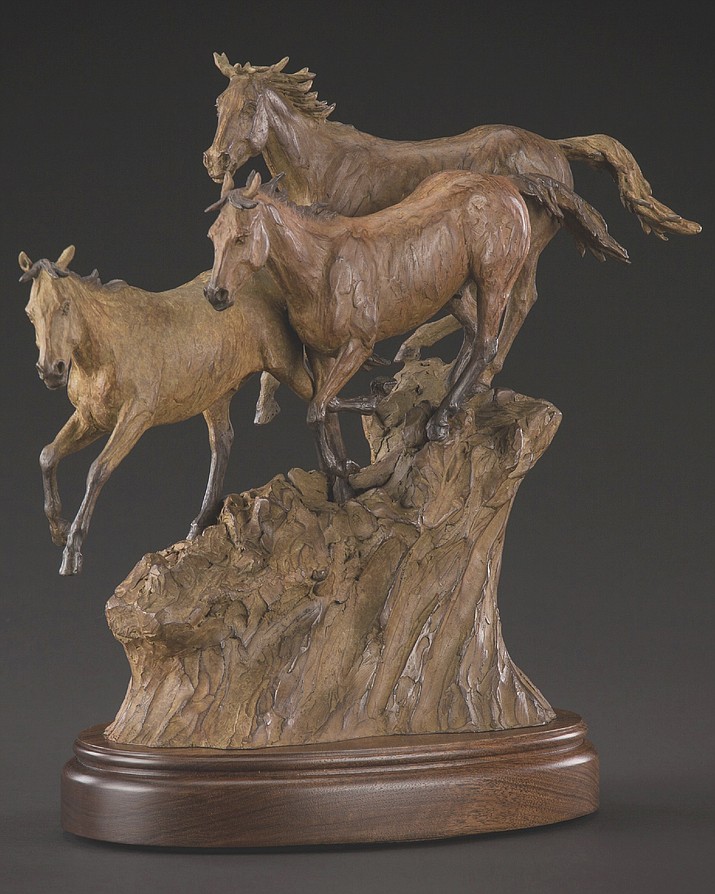 Artist and Prescott High alum Bill Nebeker has donating “Born to Run,” a bronze of running horses as the grand prize in the Half Century Club’s drawing. (Courtesy)

Prescott High School’s Half Century Club was formed in 1978 by Taylor Hicks and Jack Orr, and originally consisted of 14 PHS graduates who met annually for lunch in Orr’s carport. Over the years, more and more people were invited to the lunch (cooked by Margaret Orr) and the event expanded to include all PHS graduates of 50 or more years. Today, the club luncheon sells out with more than 600 attendees.

“It’s our once a year opportunity to reconnect and reminisce with fellow Prescott High classmates,” said Jane Orr, Jack’s daughter-in-law and a member of the HCC Steering Committee. “It’s a great social occasion, and many alumni travel from far distances to attend. It’s wonderful to see that our school spirit still exists.”

It’s not just lunch. The Prescott High School band will perform, and the high school’s ROTC group will present the colors. The Class of ’68 is also sponsoring a photo booth where alumni can take class photos. Local artist and PHS alum Bill Nebeker is donating “Born to Run,” a bronze sculpture of running horses as the grand prize in the Half Century Club’s drawing.

“The Half Century Club has a stellar record of investing in Prescott High students by donating funds for scholarships each year,” said Steve Pierce, member of the Arizona House of Representatives and president of the Class of 1968 when he was in high school. “We’re proud to be continuing the tradition this year.”

Prescott High 50+ year graduates can learn more about the event by visiting the Half Century Club’s website, www.prescotthcc.com.