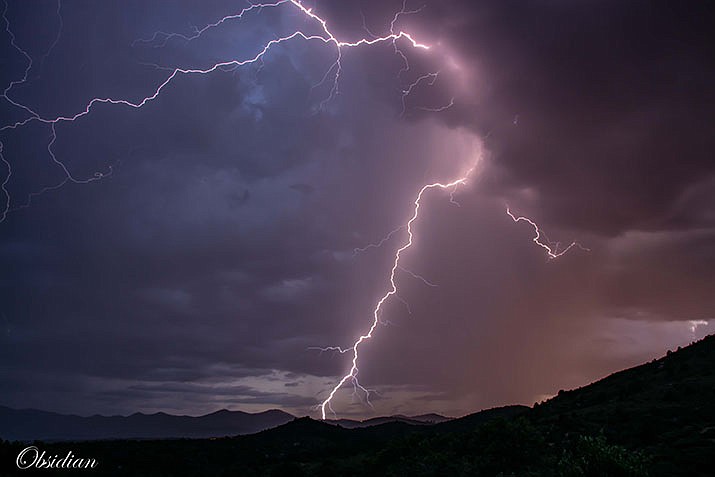 PRESCOTT – Fire managers continue to monitor the Sheridan and Stinson fires that were detected earlier in the week approximately 25 miles northwest of Prescott near Camp Wood.

Due to their remote locations these fires will continue to be monitored with aerial resources, the Prescott National Forest reported Friday, Aug. 9. Both fires received limited precipitation from monsoonal storms and have shown minimal growth.

On Friday, firefighters will continue scouting and preparing areas on the northeast side of the fire area.

Currently, the Pemberton Fire has five engines, one crew, and one helicopter.

Weather for today is partly cloudy with a chance of showers and thunderstorms. Winds are expected to be light with gusts in the afternoon associated near thunderstorms. Temperatures between 86 and 89 degrees, relative humidity’s from 30 to 35 percent.

The public can obtain additional information via: