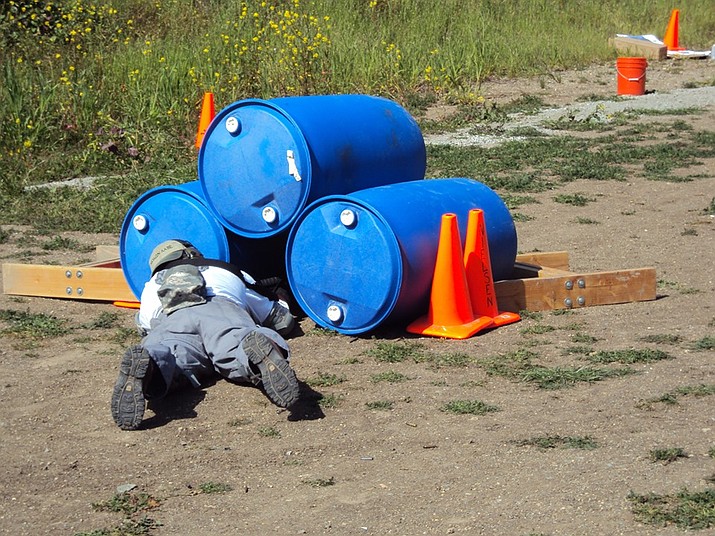 “We got about 20 new members on the first day without anyone knowing we’re here, so that’s nice,” CEO John Stankewicz said. “Things are going pretty well so far.”

The grand opening comes after the Chino Valley Town Council unanimously approved a license and concessionaire agreement between the organization and the Town of Chino Valley related to the management of the Chino Valley Shooting Facility at its Tuesday, July 9, meeting.

Prior to this agreement, the town had a contract with the Prescott Sportsmen’s Club to run the range in 2011; the pact was terminated in January due to internal conflict within the club that arose in 2018. The club’s treasurer quit the board, and the range master said he wouldn’t work since he could not get paid, causing the town to close the range for safety purposes.

Afterward, two groups claimed to be the legitimate board for the club, and both parties were given breach notifications. While both of them attempted to resolve the issues, neither did so to the town’s satisfaction.

Volunteers and part-time workers kept the range open for public shooting on weekends, while the staff looked for someone to run the range.

All of the trouble the range has seen is in the past, Stankewicz said.

“We want all of those hundreds of people that were members of that club that weren’t part of the drama involved with it to come back out here and have a place to shoot again,” he said. “Let’s leave the drama behind and look to the future.”

Not only is the crew at the range professional, but the organization has a fantastic board of directors, Stankewicz said. Further, it is a nonprofit, so all the money spent at the range goes into improvements, he said.

Saturday’s grand opening is from 8 a.m. to 4 p.m. and will include DJ music, barbecue, archery, axe throwing and quick draw. There also will be an after-party from 4 to 7 p.m. at Insurgent Brewing Company, 990 Highway 89 Suite B.

Stankewicz said the goal is to be family oriented with safety as the No. 1 goal. As time goes on, he said, there are plans to put in some private bays for two-gun and three-gun competitions, which will bring people to town and put some money into the town’s economy. Further, the organization’s original bread and butter was a for-profit training company, so training classes will be happening at the range, Stankewicz said, noting that he wants to get big names as tactical trainers and invite them to rent one of the bays, advertising their classes.

The range, located at 3026 Shooting Range Road, is open 8 a.m. to 4 p.m. Wednesday through Sunday with a daily rate of $15. Month-to-month and annual subscriptions are available with first responder and veteran discounts.