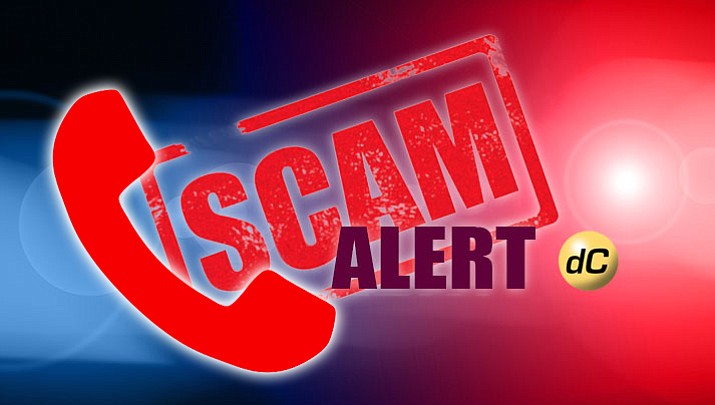 Thinking they were legitimate calls, the citizens answered their phones. When doing so, the callers identified themselves as calling from Social Security giving various stories about money being owed, social security benefits being cut off and other threatening information, according to Prescott Valley Police spokesperson Jerry Ferguson on Monday.

One citizen, who has cancer, was left in tears when told she was no longer going to receive medical assistance.

Every year, thousands of people lose money to telephone scams – from a few dollars to their life savings. Scammers will say anything to cheat people of money. If someone calls asking for money or personal information, hang up.

If you answer the phone and hear a recorded message instead of a live person, it’s a robocall. Recorded messages that are trying to sell you something are generally illegal unless you have given the company written permission to call you.

If you get a robocall, hang up the phone. Don’t press 1 to speak to a live operator or any other key to take your number off the list. If you respond by pressing any number, it will probably just lead to more robocalls.

Register your home and mobile phone numbers with the National Do Not Call Registry (donotcall.gov). This won’t stop all unsolicited calls, but it will stop most.

If you spot a scam, report it at FTC.gov/complaint or call 1-877-382-4357 (1-877-FTC-HELP). Your reports help the FTC and other law enforcement investigate scams and bring crooks to justice.

Getting calls saying your Social Security number is suspended because of suspicious activity? It’s a scam.

The Social Security Administration (SSA) is not calling you, no matter what your caller ID says.

This scam is similar, to and often associated with, the IRS impersonation scam. It is yet another attempt by con artists to frighten taxpayers into returning robocall voicemails. Scammers may mention overdue taxes in addition to threatening to cancel the taxpayer’s SSN.

Here are the facts:

Government employees will not threaten to take away benefits or ask for money or personal information to protect our Social Security card or benefits.

Scammers can fake your caller ID. So don’t be fooled if the call seems to be from the SSA’s real number, 800-772-1213, or the SSA Inspector General’s Fraud Hotline number.

If a caller asks for your Social Security number, bank account or credit card information, hang up.

Report suspected scams to the SSA Inspector General at 800-269-0271 or oig.ssa.gov/report.

And for more tips, visit IdentityTheft.gov/SSA.

Warning: Hear what Social Security card scammers sound like
This is what a Social Security scam sounds like
Watch this video to see how scammers use threats to con you
Scam Alert: Social Security is not trying to take your benefits
Scam by fake IRS agents resurfaces, Prescott Valley Police warn
Event Calendar