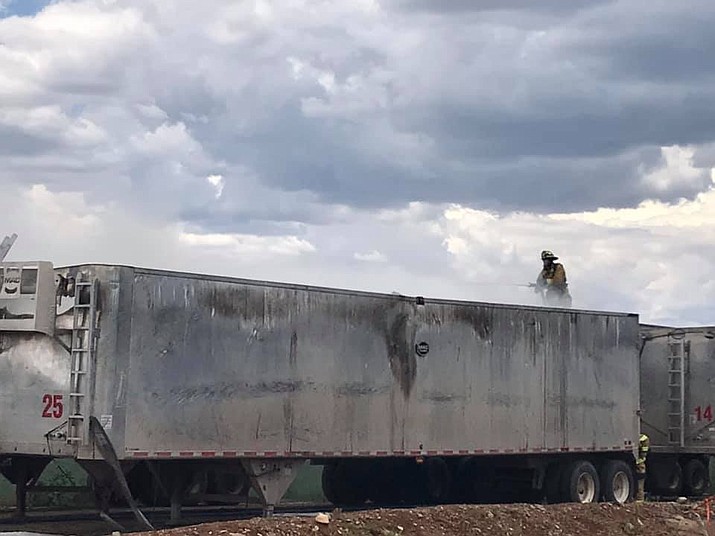 Firefighters work to put out a fire in a 48-foot-long trailer at Patriot Disposal in Prescott Valley Sunday afternoon, Aug. 4. (CAFMA/Courtesy)

Unknown smoldering trash contents caused a fire in a 48-foot-long trailer at Patriot Disposal in Prescott Valley Sunday afternoon, requiring the response of about a dozen firefighting personnel.

The 48-foot-long trailer was loaded with trash that was going to be taken to a landfill, Chase said Monday morning. 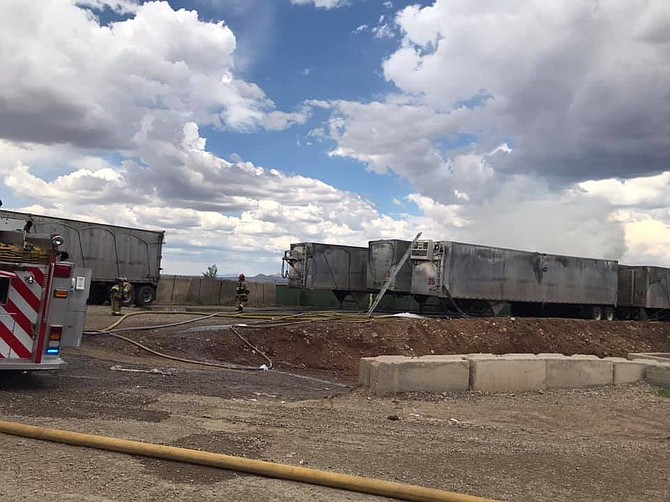 Firefighters work to put out a fire in a 48-foot-long trailer at Patriot Disposal in Prescott Valley Sunday afternoon, Aug. 4. (CAFMA/Courtesy)

Three fire engines and about 12 CAFMA personnel responded to the fire. When they arrived, the contents of the trailer were fully involved in fire.

“There were nearby trailers that were exposed, but the firefighters did a good job containing it,” Chase said. “It was all contained in this trailer.”

The fire required the crews to remain on site for several hours to ensure that the flames were completely extinguished.

“Because the trailer was loaded, and there was nowhere to dump it, they had to make sure to soak it,” Chase said.

Although there was no way to determine exactly what caused the fire, Chase said it could have been a lit cigarette or hot coals.

“It’s no unusual to see fires like this,” Chase said. “It catches fire because something has been smoldering.”

He urged residents to be careful of what they put in their trash containers. “Please be aware – make sure you don’t put ashes or coals in the trash. Don’t throw it away, because the trash does go somewhere.”