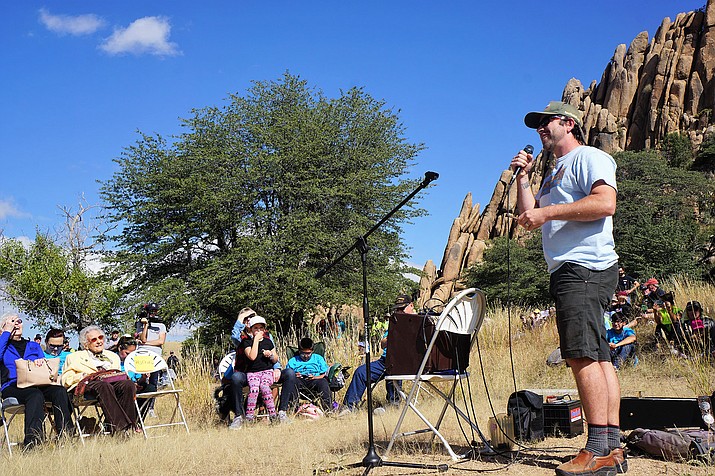 Save the Dells Chairman Joe Trudeau talks to the crowd at the “Hike and Bike to Save the Dells” rally at the Point of Rocks on Oct. 20. (Cindy Barks/Courier file)

Over the past year and a half or so, the “Save the Dells” organization has raised $135,880 toward its goal of preserving 500 acres of land in the heart of the Granite Dells.

The organization’s fundraising efforts began in January 2018, and Save the Dells has since reported its cumulative finances on state-mandated campaign finance reports.

An Aug. 3 Daily Courier article incorrectly tied the total fundraising amount with the 2019 City of Prescott election season. The Courier failed to report that the $135,880 was a cumulative amount rather than the amount raised during the election season.

Representatives with Save the Dells have pointed out that the funds that have been reported to date have been used on expenses that are largely unrelated to the city election.

Moyer noted that the campaign finance reports refer to the money raised “in the election cycle to date.” But, he said, “That means a different thing for the candidates than it does for us.”

Amber Fields, chairperson of Save the Dells, said, “The majority of Save the Dells’ donations are from local citizens. We’re proud that this community has come together and contributed to saving the Granite Dells from development. While we have endorsed a candidate for City Council, all but a small portion of our total expenses are for goods and services not related to this election. Save the Dells has not and will not contribute financially to any city council candidate’s campaign. In fact, Save the Dells has spent under $10,000 on supporting the outcome we’d like to see in this election; that’s a far cry from the $97,241 that the Daily Courier reported yesterday.”

The $97,241 represents the money the group has spent since January 2018 through the end of the most recent reporting period on June 30, 2019. The expenditures have been for variety of expenses such as hats, yard signs, printing of maps and “myth busters”, printable labels, billboard rental, website maintenance, printing of Arizona Eco plans, and shirts. 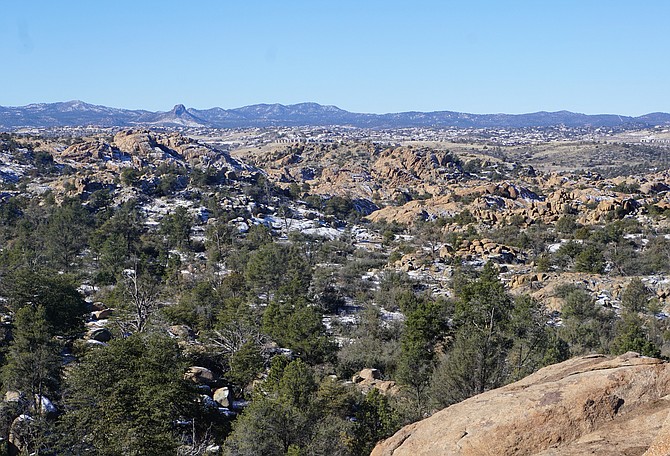