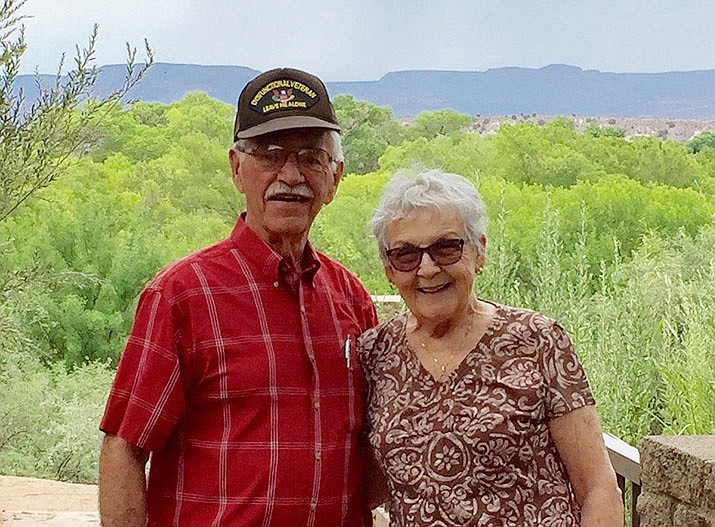 Karen and Patrick O’Brien celebrated their 60th anniversary with a private family celebration over the Independence Day weekend in Prescott.

They moved to Prescott in 1970 from Independence, Iowa, and raised their daughters there while operating several businesses. Karen also was instrumental in the formation of the dance aerobics and water aerobics programs at both the Prescott YMCA and Yavapai College beginning in the early 1980s.

Karen and Patrick’s daughters are Kathy Vallely and Robin O’Brien. They have five grandchildren and eight great-grandchildren.

Their family is forever grateful for the example they’ve set in their marriage and for the fact that they found Prescott, Arizona 49 years ago.