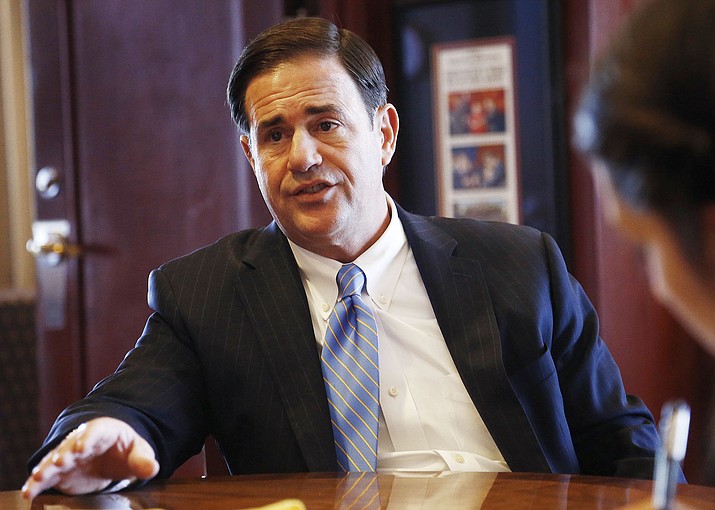 PHOENIX — Calling it the best way to prevent mass shootings, Gov. Doug Ducey is renewing his bid to allow judges to take away guns of people believed to be a danger to themselves or others and have them held for mental examination.

That “more’’ is Ducey’s proposal to allow judges to issue a Severe Threat Order of Protection, requiring people to submit to mental evaluations. It even would permit, under certain circumstances, for courts to order police to immediately pick up that person and, with a court order, have them held for up to 14 days.

“We think the STOP order is a good idea,’’ the governor said.

But Charles Heller, spokesman for the Arizona Citizens Defense League, called the proposal both unnecessary and dangerous.

Heller said existing provisions in the mental health code allow a court to order an evaluation of someone determined to be a danger to self or others. The difference, he said, is that there is clear notice the person.

And Heller said if a court finds the person to be a danger, that ruling, by itself, means they cannot have any weapons.

More concerning, he said, is the ex parte nature of STOP orders — meaning the person isn’t even notified about the initial hearing — and what could happen when when police, armed with a STOP order, show up at someone’s door.

He cited an example from Maryland where the person, not knowing who was knocking, answered the door with a gun in his hand. The police, said Heller killed him.

“I think that’s what the anti-freedom people want,’’ he said.

“I think they would love for the police to come to the door and kill a guy who’s got an order against him,’’ Heller continued. “Because it would justify the order.’’

The opposition of the Arizona Civil Defense League is a significant hurdle for Ducey.

Last year the governor got a version of the plan through the Senate after removing certain provisions. That was enough to get the National Rifle Association to back off.

But enough lawmakers in the House sided with the ACDL to kill the bill.

“Politics intervened,’’ the governor conceded. And he didn’t even try this year.

But Ducey, hoping to breathe life back into the plan this coming session, brushed aside that organization’s opposition.

Only thing is, it’s not just ACDL that finds the proposal offensive.

“We’re taking about incarcerating them for the purpose of a psychological evaluation against their will, potentially infringing on their First Amendment rights, and infringing heavily upon their Second Amendment rights,’’ said Farnsworth, who now chairs the Senate Judiciary Committee.

At the heart of the debate is whether it’s possible to identify people who are likely to become mass shooters and disarm them before they can do any harm.