Editorial: We should all only drive our cars 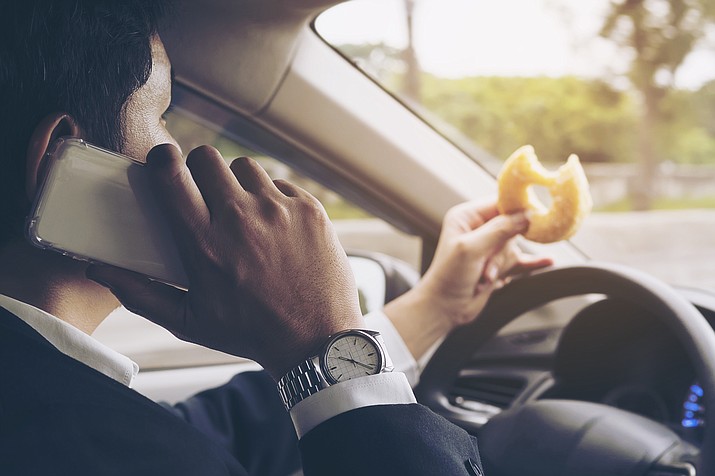 Arizona Gov. Doug Ducey’s veto of legislation on Friday – one of his few – was a disappointment. (Courier stock photo)

Arizona Gov. Doug Ducey’s veto of legislation on Friday – one of his few – was a disappointment.

One week ago, he signed into law HB 2318, outlawing texting while driving. Police statewide can now issue warnings, and then fines and tickets kick in for cellphone use behind the wheel on Jan. 1, 2021.

The veto was for SB 1141, which would have banned all manner of distractions while driving. The governor stated that he worried people would confuse the two would-be laws.

“The hands-free mobile device policy (HB 2318) is narrowly tailored to a specific behavior — using our mobile devices while driving,” Ducey said. “I am concerned that SB 1141 does not give drivers clear direction about what activities are prohibited and how the law will be enforced.”

Frankly, we don’t see it that way.

One bans the use of mobile devices. The other bans doing anything that will take your attention from driving.

You are in the car for a reason: to drive safely from Point A to Point B. That should not include putting on your makeup, eating food, or trying to light a cigarette. The list of distractions in a vehicle is practically endless – and they should be illegal – or taken care of by pulling over or before you put the key in the ignition.

The good news is the governor is not opposed to a broad law in the future to deal with inattention by motorists.

“I want to continue the conversation around traffic safety,” he said, “and I remain open to future legislation that addresses distracted driving.”

The governor stated that data shows prohibiting the behavior of texting while driving saves lives.

We think adding everything else to that would do the same.