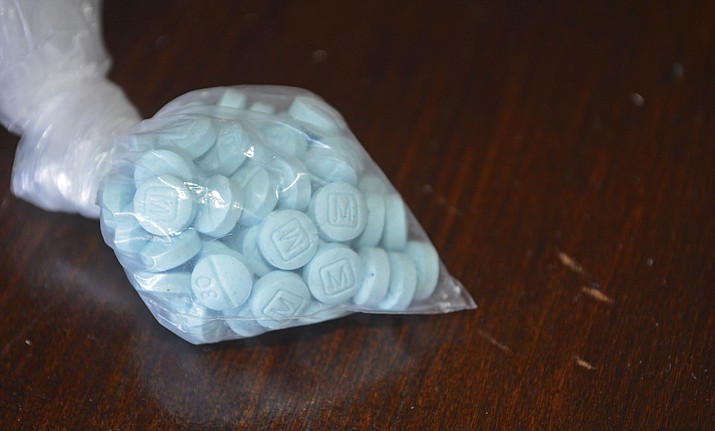 How many people have to die? That is a question we have posed frequently throughout The Daily Courier’s #StopFentanylNow series.

On average, in each year from 2013 to 2016, the rate of overdose deaths from fentanyl increased by about 113 percent each year, according to the Centers for Disease Control and Prevention. A December 2018 CDC report states that fentanyl was responsible for 29 percent of all overdose deaths in 2016, up from only 4 percent in 2011.

The drug was responsible for the deaths of more than 18,000 Americans in 2016, according to the report. That’s more than 50 deaths each day because of fentanyl.

More locally, at least 40 people from Yavapai County died from opioid-related overdoses in early 2018, and three young men died locally from fentanyl — Jared Friederick, 18, in June; and Gunner Bundrick and Jake Morales, both 19, in November. All were from Prescott Valley, and all had lives of promise and prosperity ahead of them.

To put this into perspective, let’s look at last week’s action at the Capital. The governor signed legislation for a statewide ban on texting while driving.

Rewind to Aug. 13, 2007, when Stacy Stubbs of Chino Valley was killed driving her car on Loop 101 in Peoria when a pickup struck her head-on. The crash killed her and the driver of the truck, 19-year-old Ashley Miller of Glendale. Police believe Miller was texting on a cell phone just before the crash.

It was the first documented case in Arizona of a fatality involving texting while driving.

Since then dozens more men, women and children have died the same way – all the while lawmakers were pushing back on legislative efforts to ban this use of cellphones in cars.

Of these crashes, eight were fatal and 960 resulted in injuries. Many also resulted in secondary crashes.

The bill that Gov. Doug Ducey signed last week was the 13th attempt at a statewide ban, coming on the heels of local ordinances that outlawed the practice.

Officials agree the bill got through, first, because people were more aware of the dangers of texting while driving. Secondly, a policeman — Salt River Police officer Clayton Townsend — died when he was struck in January 2019 by a driver who admitted to texting behind the wheel.

That was enough, finally enough to get lawmakers to act.

We’re saying that our local deaths involving fentanyl are enough. No more! We have been dissecting the problem since the deaths of Bundrick and Morales in November 2018. We do not want anyone else to die because they unknowingly ingested a lethal dose of a drug.

Through the Courier’s #StopFentanylNow coverage, we were reminded that state law calls for a mandatory sentence of prison time in any case involving the production, sale or transportation of methamphetamine. That has helped curb the spread and effect of meth.

That is why we’re calling for a fentanyl mandatory punishment law.

Over the next few months, we will pursue getting this legislation written and then introduced into the next legislative session.

We are not seeking to take the power away from authorities or the judges. We want them to have another tool that will send a strong message to drug dealers here: Arizona is closed for drug business.

All of this comes into focus when you consider recent fentanyl-related court cases — involving this deadly drug, some of which killed people – that have ended in only probation time for the accused.

A slap on the wrist after selling fentanyl-laced pills — the equivalent of bullets in a gun.

We want our communities to be safe. We want drug dealers to know they are not welcome here. This is the next step.