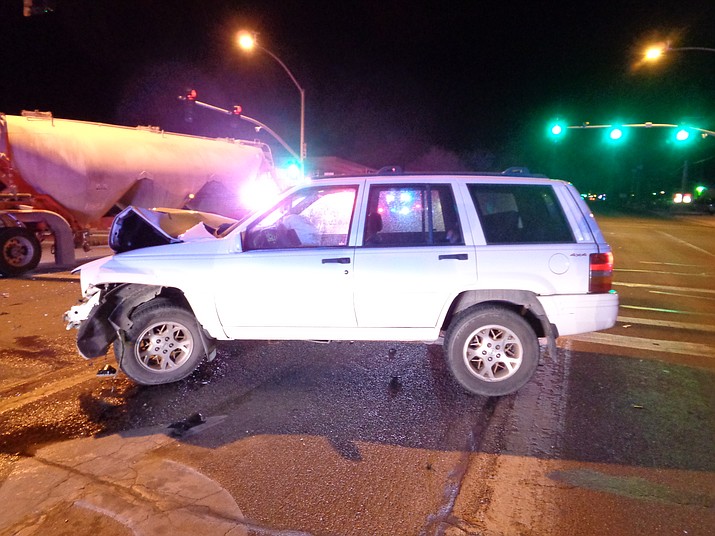 A white Jeep Cherokee was turned in front of a semi in Chino Valley Monday, April 22, causing a crash on Highway 89.

Highway 89 was temporarily closed in Chino Valley Monday night, April 22, due to a crash at the intersection of Road 2 North, according to officials.

The crash, which took place at about 10:45 p.m., involved a semi-truck hauling a concrete trailer and a Jeep Cherokee, said Lt. Randy Chapman with the Chino Valley Police Department.

The semi was northbound on the highway when the Jeep turned left in front of it, Chapman said.

“The vehicles collided in a t-bone manner,” he said.

The driver of the Jeep was transported to Yavapai Regional Medical Center for a possible head injury, he said.

The highway was reopened at about 11:30 a.m., according to the Arizona Department of Transportation.