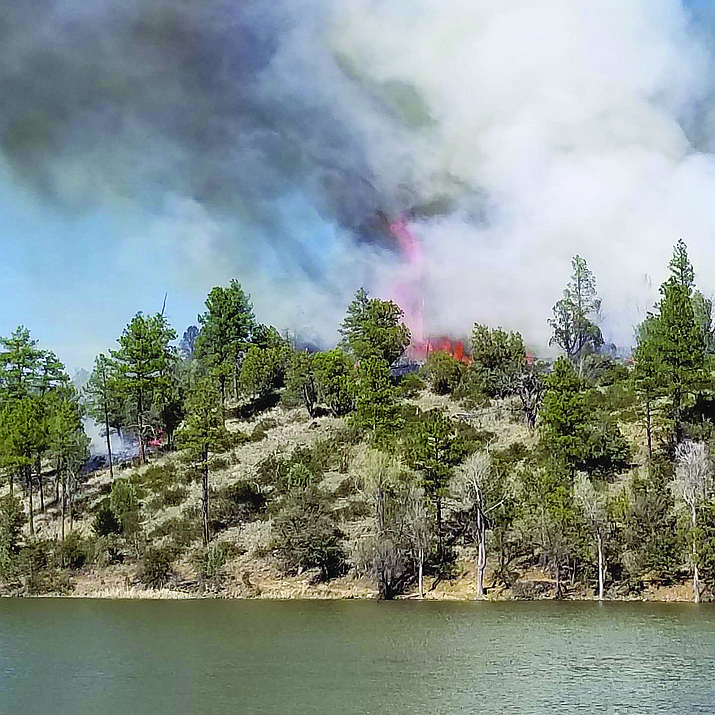 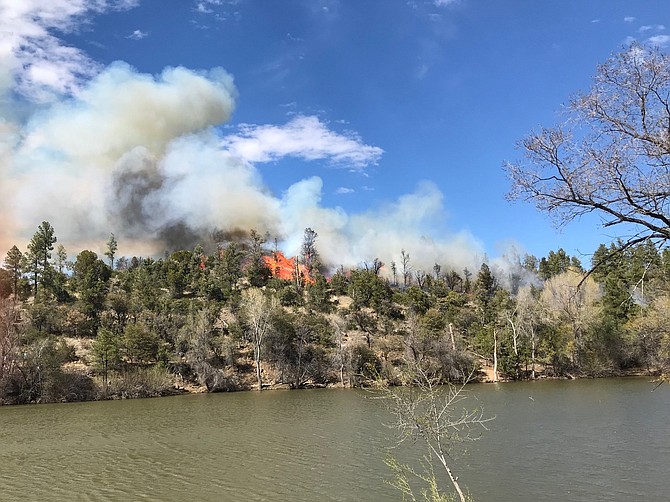 Smoke and flames rise above the treetops on the south shore of Lynx Lake Friday afternoon, April 19. Firefighters were able to contain the fire by early Friday evening.

The human-caused fire, which is still under investigation, ignited on Friday afternoon and grew to 16 acres, forcing the evacuation of campers, hikers and boaters enjoying the outdoors on an Easter weekend.

“As temperatures rise, more people take advantage of the recreation opportunities on the forest. The warmer weather also increases the risk for wildfires, and requires that precautions are taken,” Maneely said in a statement via email, warning the public to “be vigilant in your activities. 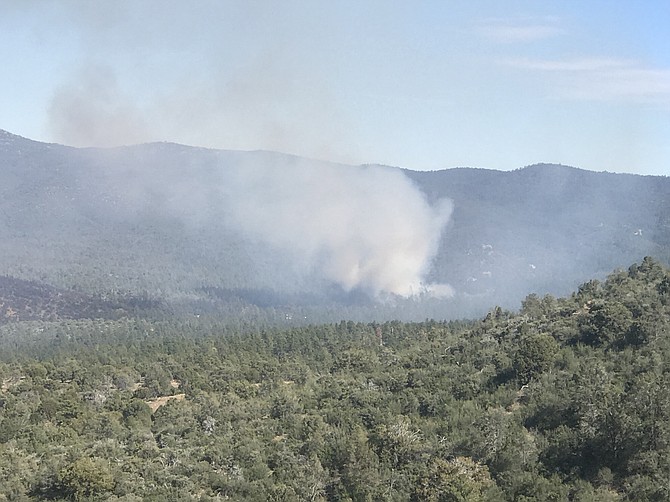 A wildfire burning along the south shore of Lynx Lake Friday afternoon, April 19.

“Stop, look and think before you do something that may cause a spark or start of a fire in the forest,” Maneely said.

On Friday as the fire continued to grow, authorities closed Walker Road near Costco in Prescott while beginning to evacuate those around the lake.

Several Prescott National Forest Engines, the Prescott Hotshots, a Type 3 Helicopter and other personnel worked to put out the blaze.

The east side of Lynx Lake, including Lynx Lake Trail 311 and Johns Tank Train 94 will remain closed until further notice.

For more information or additional fire information, visit fs.usda.gov/prescott or call the Bradshaw Ranger District at 928-443-8000, or the Prescott National Forest Information hotline at 928-925-1111.