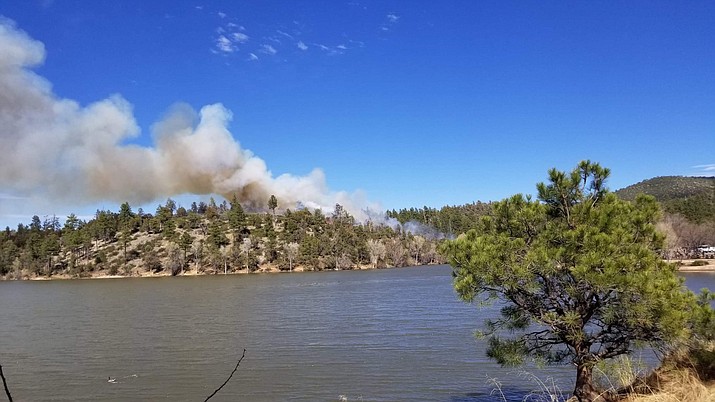 Firefighters worked into the evening Friday, April 19, building a containment line around the perimeter of the 16-acre Lynx Fire, which is now 80 percent contained, according to a Saturday morning news release.

“Today, smoke will be visible as fuels continue to burn in the interior of the fire;” the news release from the Prescott National Forest states. “Firefighters will continue to improve the line around the perimeter, extinguish any hotspots and start mopping-up.”

The Lynx Fire was reported east of the south shore boat ramp. The human-caused fire is under investigation.

• The east side of Lynx Lake Trail 311 and Johns Tank Trail 94 will remain closed until further notice.

• Lynx Lake South Shore Day-Use will remain closed through Sunday evening, April 21, for the safety of firefighters and the public to allow access for firefighters and fire-related traffic.

The public can obtain additional fire information via the following: