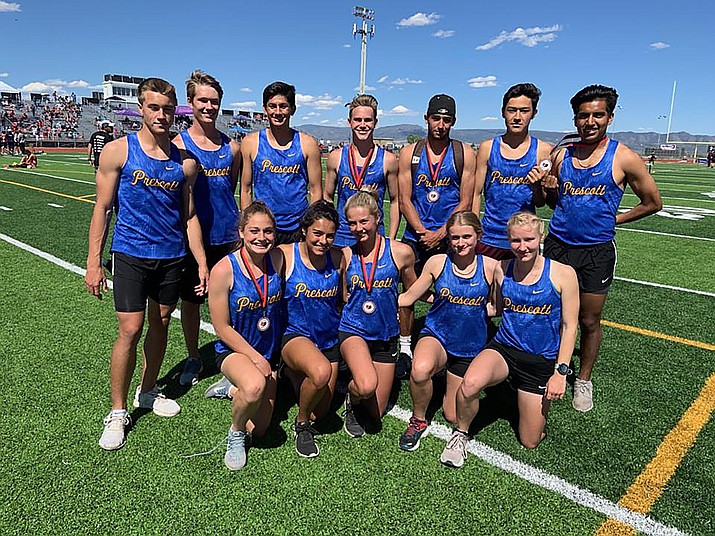 But it was rival Prescott that claimed the advantage, relishing the weather en route to second-place finishes out of 20 squads on both the boys’ and girls’ sides.

As temperatures hovered in the 70s, the Badgers felt right at home.

“We had a lot of PRs [personal records] today [Saturday] and we’re definitely getting ready for state,” Prescott coach Cylinda Bray said.

Noah Shaver (javelin, shot put, discus) is among the athletes who have excelled for the Bradshaw Mountain track and field teams this spring. (BTPhotography.smugmug.com/Courtesy)

Through Saturday, Prescott’s boys had the following qualifiers for the state meet, which is scheduled for Friday, May 3, and Saturday, May 4, at Mesa Community College:

Although results from the invitational weren’t immediately available, Bradshaw Mountain has seen significant success on the boys side this season from Noah Shaver in the javelin, shot put and discus; Nathan Craig in the 110m hurdles; Jacob Collins in the 1,600m run; Liam Craig in the 400m run and the long jump; and Riley Belone in the 3,200m run.

For the Bears’ girls, Abby Platt in the high jump; Shiane Bagley in the 100m hurdles; Caitlynn Neal in the javelin; and Anna Maria Zea in the 1,600m and 3,200m runs have stood out.

Bradshaw Mountain heads to the Last Knight Qualifier, one of its final state tournament-qualifying meets, at 3 p.m. Tuesday, April 23, at Westview High School in Avondale.