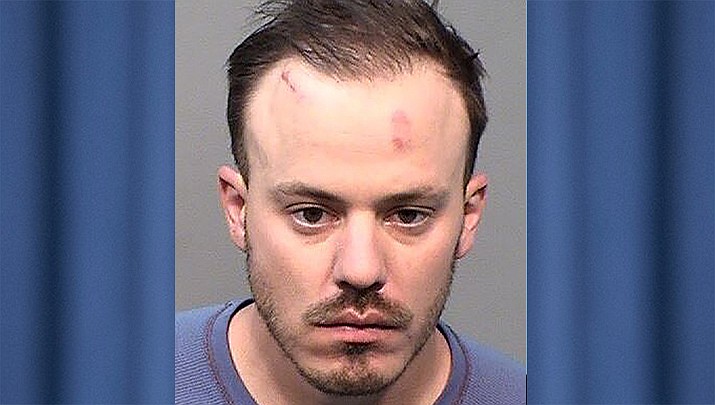 A Prescott man was arrested at Sharlot Hall Museum after allegedly breaking into two nearby homes and then running from police early Friday morning, April 19.

At about 3:40 a.m., Prescott police officers responded to the 800 block of Country Club Drive based on a report of a man pounding on the front door of a home and breaking glass, according to a Prescott Police Department (PPD) news release.

Officers canvassed the area and found a nearby residence had a broken window and signs of forced entry, PPD reported. They searched the unoccupied home and found obvious signs of entry.

While investigating, officers received a second call from a resident on San Carlos Road. The resident said she saw a man at her front door seemingly trying to break into her home. A description of the suspect was provided to officers who continued to search the area.

At about 4:39 a.m., officers found a man matching the description. The man attempted to evade officers on foot and entered the fence area of Sharlot Hall Museum, PPD reported. He was located soon after and taken into custody without further incident. A search of his person revealed evidence linking him to the crimes.

The suspect was identified as 31-year-old John Dammer from Prescott. Dammer was booked into the Yavapai County jail on numerous charges, including burglary, criminal damage and criminal trespassing.

Anyone with any information in regards to this incident is encouraged to contact Detective Carroll at 928-777-1983.