Opt-out provisions in timeshare bill no longer on the table 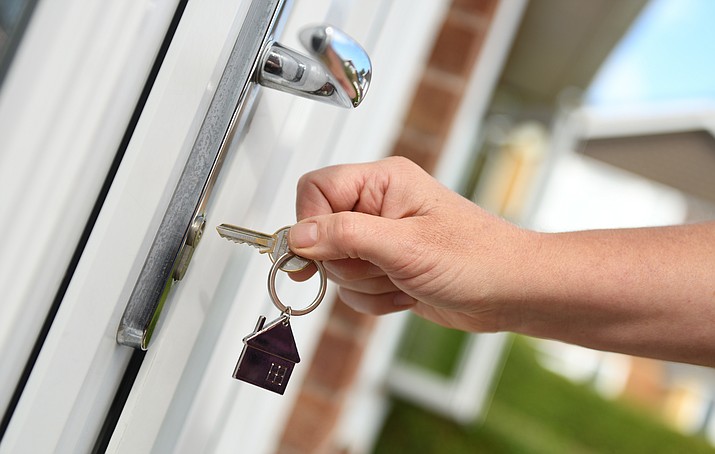 Lobbied by the industry, state lawmakers are not going to help those who bought timeshares get out from under what is often a lifetime obligation. On a voice vote Monday, April 15, 2019, the state Senate gave preliminary approval to some new requirements about what would-be purchasers have to be told. More to the point, it provides what amounts to a 10-day cooling-off period between when buyers sign an agreement and they're struck with it, often for life. (Courier stock photo)

PHOENIX — Lobbied by the industry, state lawmakers are not going to help those who bought timeshares get out from under what is often a lifetime obligation.

On a voice vote Monday the state Senate gave preliminary approval to some new requirements about what would-be purchasers have to be told. More to the point, it provides what amounts to a 10-day cooling-off period between when buyers sign an agreement and they're struck with it, often for life.

But the version of HB 2639 that survives after multiple committee hearings and floor debate no longer provides the opt-out provisions that had been envisioned by Rep. Shawna Bolick, R-Phoenix, who was sponsoring the bill at the behest of the Attorney General's Office.

Gone is language that allows a buyer to cancel within 14 days after actually getting to use the property to see if it's all that was promised.

And there is no longer a provision to allow someone to simply surrender the property after 10 years, even after paying the entire price of the time share. Put simply, the buyers remain stuck unless they can find someone else to take it.

"We're disappointed that the timeshare industry killed a lot of the pro-consumer parts of this bill,'' said Katie Connor, spokeswoman for the Attorney General's Office.

"They've got a lobbying presence here and around the country,'' added Amanda Rusing who lobbies for the office. "It was very disappointing to have to remove all of the stronger, pro-consumer provisions.''

But Rep. Travis Grantham, R-Gilbert, who chairs the House Regulatory Affairs Committee, said some of the industry's concerns make sense.

He's not the only one.

Sen. Michelle Ugenti-Rita, R-Scottsdale, who chairs the Senate Commerce Committee, said the legislation, which now awaits a roll-call vote, does include some additional requirements for what needs to be disclosed to prospective buyers.

"That way the person is empowered with information,'' she said. "They can ultimately make a decision on whether they want to purchase a timeshare or not.''

But she said there are limits to what protections the state can provide.

"At some point, these are adults that come to a meeting of the minds and want to sign a contract,'' Ugenti-Rita said, saying that buyers have some responsibility to know exactly what they signing.

But Rusing said they're not even really getting that.

She pointed out that the original version of HB 2639 would have required that consumers be given an actual copy of the contract at least 24 hours before they would be able to sign it. She said that would give them a chance to read through it, ask questions and, if appropriate, seek legal advice, all before putting pen to paper.

At the heart of the issue is the practice of some timeshare companies of offering free or reduced-price vacations to prospective buyers if they're willing to listen to a sales presentation. That has led to complaints about high-pressure sales tactics.

Existing law gives buyers seven days after signing a contract to back out. The original version of HB 2639 would have doubled that.

Grantham said he understands the need for time, saying people need to "go home, sober up, kind of get out of vacation mode and review what you did.''

But the bill, with Bolick's consent, shortened that from 14 days to just 10.

More significant, said Rusing, is that 10-day period is after a contract is signed.

She said that is is no substitute for that now-scrapped requirement to ensure that consumers have 24 hours to look over the contract before signing. Rusing said once people sign a document they often are reticent to cancel.

The original bill also required a disclosure of estimated annual and lifetime assessments and other costs, including taxes and utilities to give buyers some idea of future financial obligations. That is now gone.

"It was too difficult for any timeshare developer to forecast what the fees may be,'' Grantham said. He said everything from floods to hurricanes can damage properties, requiring more extensive repairs than had originally been estimated.

More significant, gone is any chance of getting out once that cooling-off period has passed.

Rusing testified during a committee hearing that it's important that people actually get a chance to experience what they bought -- or what they think they bought.

"They thought they were buying the opportunity to use a beach-front villa,'' she told lawmakers. "And what they end up with is a condo where, if you hang your head out the window on a sunny day, you can kind of see the ocean.''

She sought language that provided 14 days to cancel after the buyer's first use.

There were some protections for sellers, including permission to charge a cancellation fee of up to 10 percent of the purchase price and allowing sellers to charge regularly scheduled assessments for one year after cancellation.

"A lot of times people buy timeshares that aren't even completed yet,'' he said, sometimes trying to get in years ahead of actually seeing a complete product "because they want to get in while the getting's good.''

That provision, he said, creates a financial hazard for developers because it would allow everyone who bought one -- and provided the money for financing the project -- could suddenly back out once it was completed.

Also gone is another provision for cancellation after 10 years, even with a requirement for the timeshare to have been paid off and there are no overdue assessments or unpaid fines or penalties.

Rusing told lawmakers that buyers are often so desperate to get out that they advertise their timeshares for as little as a penny, only to find out that no one wants to assume the future liability. She said that has created a market for scam artists who claim they can free people from their obligations -- though they usually want an up-front fee.

"It just doesn't make sense,'' Grantham said of that option.

"Can you imaging buying a car and having that kind of agreement, or buying a house?'' he said. "Nobody would sell anything.''

There was one other change that could be significant.

As originally crafted, the new disclosure documents would have required buyers to be told that if the agreement has not set duration the buyer's obligations "may extend throughout the course of the purchaser's lifetime.'' That is now gone in favor of saying that any obligations extend through the "duration of ownership,'' saying that not every timeshare is a lifetime commitment.