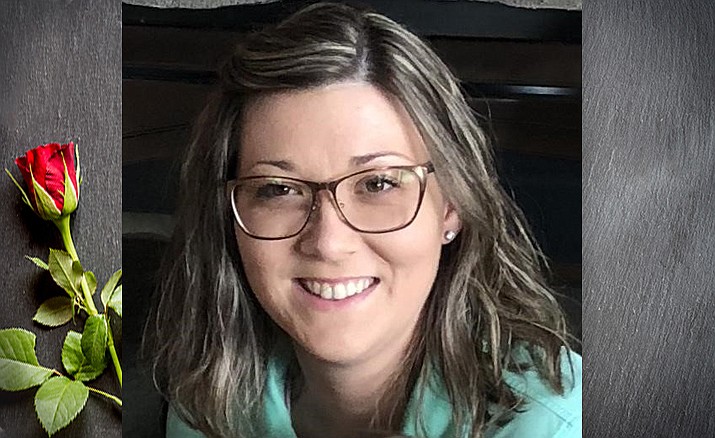 Our sweet Ashley Marie Wolfe of Prescott Valley, Arizona, passed away peacefully on April 13, 2019, surrounded by loved ones after fighting a courageous battle with cancer. Ashley, 31, was born on Aug. 13, 1987, in Detroit, Michigan to parents, Richard and Dawn Brabant.

Ashley and her husband, Daniel, moved to Prescott, Arizona, in 2012. On Aug. 31, 2013, Ashley married Daniel, who was the love of her life. Together they created two beautiful children: son, Axl James Wolfe and daughter, Oakley Marie Wolfe, who Ashley lovingly adored. Being a mother was her number-one joy in life. During her time in Prescott Valley, Ashley was a manager at Sportsman’s Warehouse, a job that she thoroughly enjoyed. The support of Ashley and Daniel’s coworkers has been tremendous during her battle with lung cancer.

Along with her parents, Ashley is survived by her husband, Daniel Wolfe, children, Axl and Oakley; brother, James Brabant and wife Stephanie of Waterford, Michigan; brother-in-law, Jason Wolfe of Scottsdale, Arizona; father-in-law, Roger Wolfe and his wife Denise of Prescott, Arizona; and mother-in-law, Beth Pierce and her husband Mark of Milford, Michigan.

The family would like to thank the many friends and family who have graciously helped during this heartbreaking time. A celebration of life will be held at a future date. The family asks in lieu of flowers, donations can be made to AshleyWolfeGoFundMe to help with expenses; American Cancer Society; or the donor’s choice in Ashley’s honor.