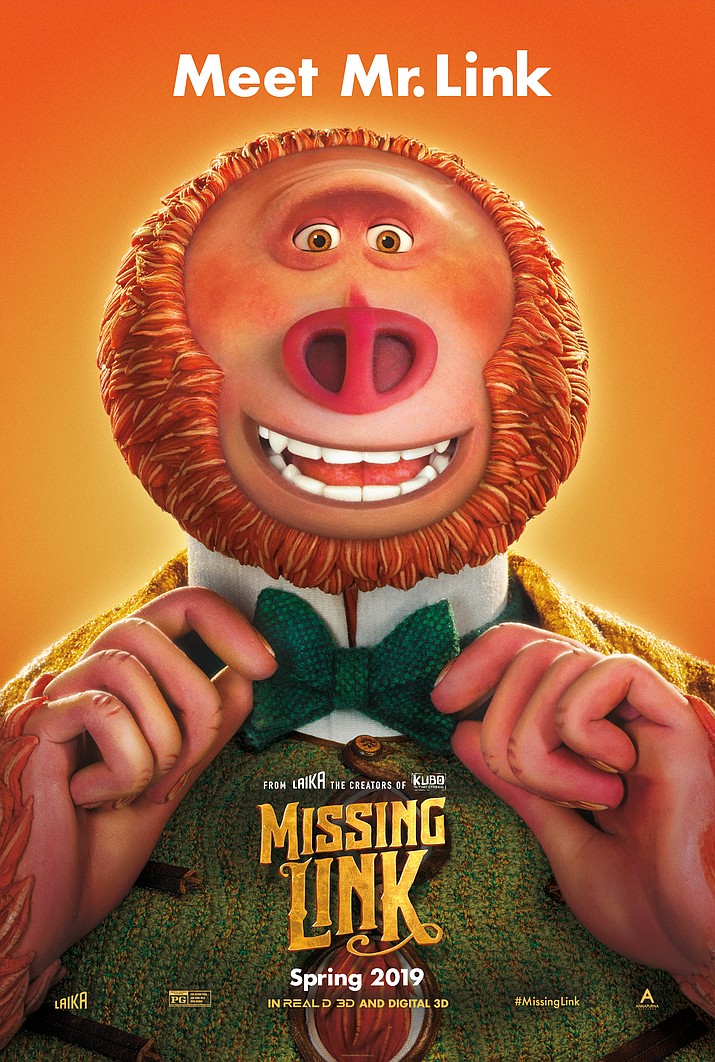 (NEW) MISSING LINK – Tired of living a solitary life in the Pacific Northwest, Mr. Link, who is 8 feet tall and covered in fur, recruits fearless explorer Sir Lionel Frost to guide him on a journey to find his long-lost relatives in the fabled valley of Shangri-La. Along with adventurer Adelina Fortnight, the trio encounters their fair share of peril as they travel to the far reaches of the world. Through it all, they learn that sometimes one can find a family in the places one least expects. Stars Hugh Jackman, Zach Galifianakis, and Zoe Saldana. Rated PG – fantasy, adventure. 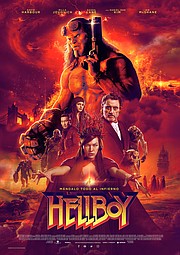 (NEW) HELLBOY – Based on the graphic novels by Mike Mignola, Hellboy, caught between the worlds of the supernatural and human, battles an ancient sorceress bent on revenge. Stars David Harbour, Milla Jovovich, and Sasha Lane. Rated R – fantasy, science fiction.

(NEW) LITTLE – Jordan is a take-no-prisoners tech mogul who torments her long-suffering assistant, April, and the rest of her employees on a daily basis. She soon faces an unexpected threat to her personal life and career when she magically transforms into a 13-year-old version of herself right before a do-or-die presentation. Jordan will now need to rely on April more than ever – if April is willing to stop treating Jordan like a 13-year-old child who has an attitude problem. Stars Regina Hall, Issa Rae, and Justin Hartley. Rated PG-13 – fantasy, comedy. 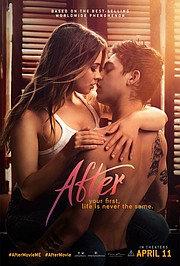 (NEW) AFTER – Tessa Young is a dedicated student, dutiful daughter and loyal girlfriend to her high school sweetheart. Entering her first semester of college, Tessa's guarded world opens up when she meets Hardin Scott, a mysterious and brooding rebel who makes her question all she thought she knew about herself – and what she wants out of life. Stars Hero Fiennes-Tiffin, Josephine Langford, and Pia Mia. Rated PG-13 – drama, thriller.

(NEW) MIA AND THE WHITE LION – Young Mia's life gets turned upside down when her family decides to leave London to manage a lion farm in South Africa. When a beautiful white lion named Charlie is born, the 10-year-old finds happiness once again as she develops a special bond with the growing cub. When Mia uncovers a secret that puts Charlie in danger, she sets out on an incredible journey across the wild plains to find a sanctuary for her beloved friend. Stars Daniah De Villiers, Melanie Laurent, and Tessa Jubber. Rated PG – drama, adventure. 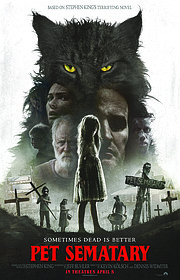 US – Accompanied by her husband, son and daughter, Adelaide Wilson returns to the beachfront home where she grew up as a child. Haunted by a traumatic experience from the past, Adelaide grows increasingly concerned that something bad is going to happen. Her worst fears soon become a reality when four masked strangers descend upon the house, forcing the Wilsons into a fight for survival. When the masks come off, the family is horrified to learn that each attacker takes the appearance of one of them. Stars Lupita Nyong’o, Winston Duke, Elisabeth Moss, Tim Heidecker. R – mystery, thriller.

THE BEST OF ENEMIES – The true story of the unlikely relationship between Ann Atwater, an outspoken civil rights activist, and C.P. Ellis, a local Ku Klux Klan leader. During the racially charged summer of 1971, Atwater and Ellis come together to co-chair a community summit on the desegregation of schools in Durham, N.C. The ensuing debate and battle soon lead to surprising revelations that change both of their lives forever. Stars Taraji P. Henson, Sam Rockwell. PG-13 – drama, history.

HOTEL MUMBAI – Terror strikes in the heart of Mumbai, India, as members of Lashkar-e-Taiba storm the Taj Mahal Palace Hotel in a series of coordinated attacks throughout the city. Amid the gunfire and mayhem, a brave chef and kitchen worker decide to risk their own lives to try and protect the frightened guests. As the militants continue their assault on the hotel, a desperate couple must do whatever they can to protect their newborn baby. Stars Dev Patel, Armie Hammer, Nazanin Bonaidi, Tilda Cobham-Hervey, Anupam Kher, Jason Isaccs. R – drama, thriller.