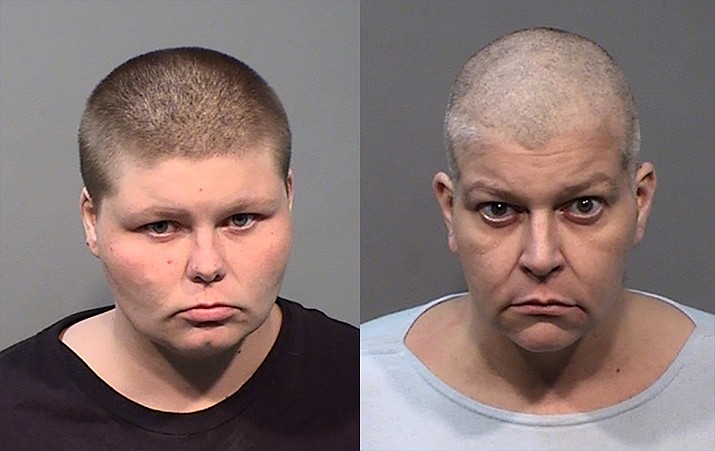 Briar Lynn Aven, left, and Tara Lynn Aven are accused of murdering the family matriarch, leaving her body in the home on the 600 block of Country Club Drive for 18 months and cashing her checks afterward. (Prescott PD/Courtesy)

A Prescott woman and her daughter are accused of killing the family’s matriarch in late 2017 and then cashing checks made out to the dead woman for months afterward, according to the Prescott Police Department (PPD).

Tara Aven, 46, and Briar Aven, 24, were arrested Tuesday, April 9, in the apparent death of 77-year-old Sandra Aven. They were booked into the Yavapai County jail on complaints including first-degree murder. 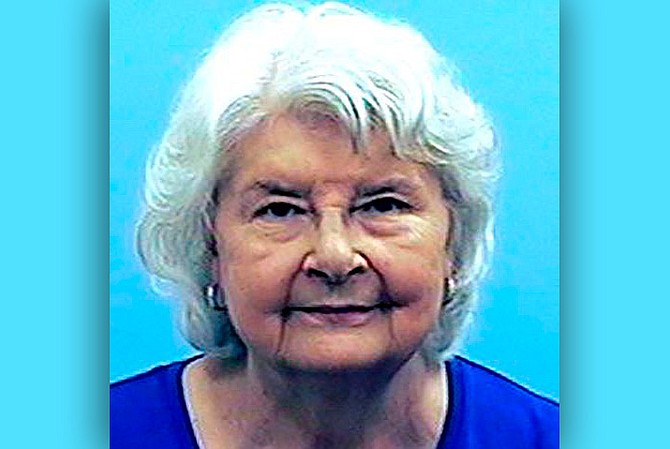 At about 8:48 a.m. Tuesday, a concerned citizen reported he had not seen Sandra Aven in quite some time, according to a Prescott Police news release.

Officers located Briar Aven, who said her grandmother was out of town and unavailable, PPD reported.

Briar and her mother live adjacent to the missing woman in the 600 block of Country Club Drive. Several inconsistencies were noted in the story that Briar Aven provided to police, PPD reported. Tara Aven was contacted as well and provided more inconsistent information.

Because of the doubt generated by the women’s stories, officers decided to enter Sandra Aven’s residence. Upon entry, they found the body of an “obviously deceased person,” who has yet to be officially identified by the Yavapai County Medical Examiner’s Office. 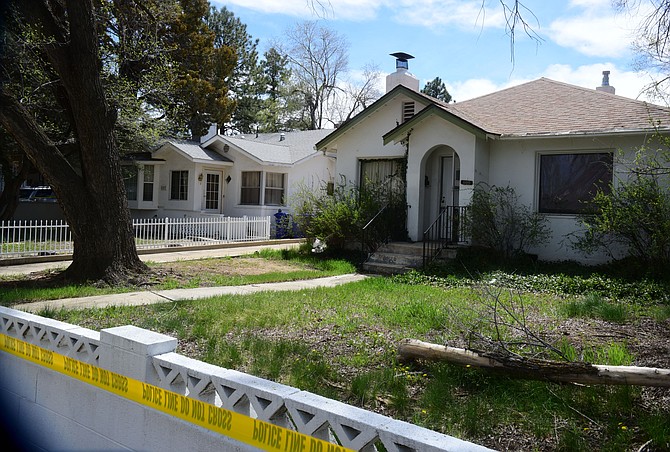 The Prescott Police Department is investigating a homicide in the 600 block of Country Club Drive.

Officers secured the scene, and PPD detectives assumed the investigation and began to obtain search warrants and take other investigatory measures.

Subsequent interviews with Briar and Tara Aven resulted in confessions to the slaying of Sandra Aven in late 2017, PPD reported.

Both women also admitted that after the victim’s death, they began cashing numerous monthly payment checks belonging to her, PPD reported.

PPD said investigators will continue to pursue leads and gather evidence in these crimes and ask that anyone with information contact Detective John Hanna at 928-777-1961.

Country Club Drive is a quaint area of Prescott less than a mile from the city’s downtown. Many of the homes on the street are considered historic and many of the residents have been there for decades.

“It’s a sweet neighborhood,” said Ted Hanneman, who lives at the corner of Country Club Drive and Aspen Street.

But a shadow has loomed in the neighborhood for many years, residents said. The property belonging to the Avens has been notoriously in disarray, they said. Its buildings – of which there are several – are crumbling, its front yard is unkempt and its spacious backyard was at one point completely filled with junk, said Doug Clark and Fran Thorp, who live next door.

“[The backyard] is beautifully clean compared to what it was,” Thorp said. “The city forced them to clean it up. Neighbors were complaining.”

As for the Avens themselves, neighbors described them as sedentary individuals who keep to themselves and rarely ever left their house.

“They are very quiet, very low key,” said Megan Holdsworth, who lives two houses down. “They’ll smoke on their doorstep, and that’s all I see of them.”