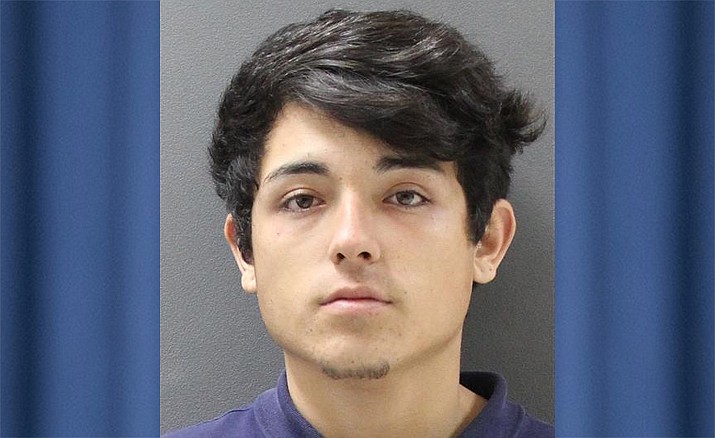 Based on the plea agreement offered by the Yavapai County Attorney’s Office, Rick Arellano, 19, was placed on supervised probation for seven years and ordered to serve one year in the Yavapai County jail. He was also fined $2,750 plus an 83 percent surcharge and ordered to complete 360 hours of community restitution. Had he gone to trial and lost, he would have faced anywhere between three years and 12-and-a-half years in prison.

“I don’t think you understand how fortunate you are to receive a plea agreement like this in light of the charges you are facing,” Yavapai County Superior Court Judge Patricia Trebesch told Arellano during his sentencing on Monday. “You’ve made some mistakes and I hope you’ve learned from them. You have a chance to turn your life around. I hope you do that. I hope you take advantage of that opportunity.”

Arellano was arrested on June 7 following an investigation into the overdose death of Jared Friederick, 18, of Prescott Valley that afternoon.

Friederick’s body was found in his parent’s home with three blue pills marked M30, according to police records. Testing found the pills to be ‘mimic pills,’ imitation 30-milligram Oxycodone laced with fentanyl, a highly-dangerous synthetic opioid.

Detectives with Partners Against Narcotics Trafficking (PANT) were able to connect Arellano and Lester Suter, 19, to the sale of at least some of the pills and found a total of more than 50 such pills in their possession, according to PANT.

When interviewed separately by police, the men both admitted driving together to pick up the pills from a drug dealer in Phoenix, according to police reports. They told police they agreed to split the pills, which they believed were “Percocet 30’s” (30-milligram Oxycodone) at the time of purchase. Arellano also admitted selling two of the pills to Friederick earlier that afternoon.

Suter’s case is ongoing. His next appearance is April 29.

WHY NOT HOMICIDE CASE?

Though Arellano admitted to selling Friederick fentanyl-laced pills the day Friederick overdosed, he didn’t face murder charges. Why is that?

Speaking generally, Yavapai County Attorney Sheila Polk explained in a March 1 interview that there are challenges, legally, in Arizona to prosecuting a drug dealer for the death of a drug user.

“There are certain states that say, ‘if you sell drugs to another person and that person uses those drugs and dies, that is a homicide,’” Polk said. Such a law reduces the number of elements a prosecutor has to prove to get a conviction, she said.

But Arizona doesn’t have a law like that. Instead, there’s just a standard homicide law, which states someone has to intentionally, knowingly or recklessly cause the death. To do this, prosecutors have to first prove that dealers know that what they’re selling to people can cause death, and then prove that the drugs sold to those people were in fact what caused their death.

With ‘mimic pills,’ these elements are tough to prove, she said.

“Mostly what we’re seeing with the fentanyl stuff is it’s disguised,” Sheila said. “What we’re finding is a lot of stuff that is laced with fentanyl, and nobody has reason to know that the fentanyl was present. To prove a crime, to prove a homicide, you have to prove the specific elements and one of them is this knowledge that what you’re giving somebody can cause their death.”

Some fault and ignorance also falls on the illicit drug users, she said, who are choosing to risk their lives for the sake of a high.