Last 2 pandas at San Diego Zoo to leave for China 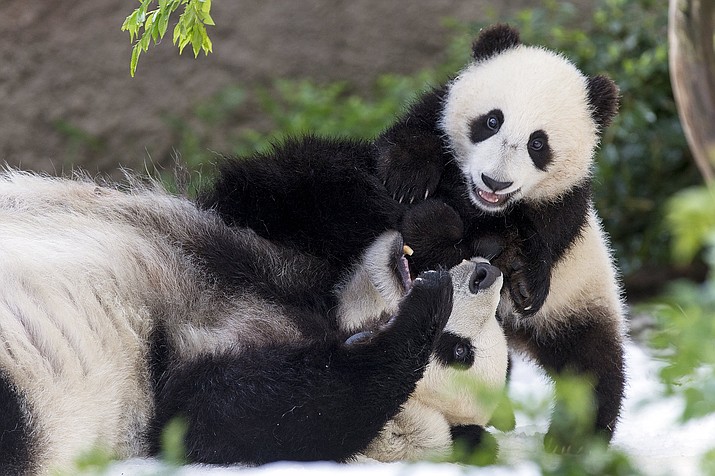 The zoo said Monday that 27-year-old Bai Yun (bye-yoon) and her 6-year-old son, Xaio Liwu (shyaoww-lee-woo), will depart as planned next month for China. A multiyear agreement with the Chinese is coming to an end.

April 27 is the last day pandas can be viewed by the public.

The departure will mark the first time in more than two decades that the zoo will be without the black-and-white bamboo-eating bears.

Officials couldn’t immediately say when or if pandas may inhabit the zoo again.

There are still pandas at Smithsonian’s National Zoo in Washington, D.C., Zoo Atlanta and the Memphis Zoo. 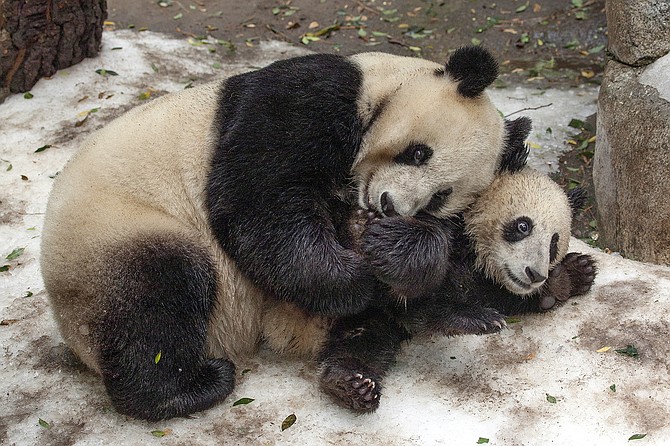 "The San Diego Zoo was honored to be chosen by conservationists in China to work with them to develop a new model for species conservation," said Douglas G. Myers, president/CEO, San Diego Zoo Global. "The panda program we began together demonstrates how powerful these collaborative efforts can be. We are extremely grateful to China for sharing the pandas with us and offering us the chance to serve this species in a leadership role." (San Diego Zoo Global via AP)