‘Menopause the Musical’ comes to Elks Theatre
Production is relevant to everyone, performer says 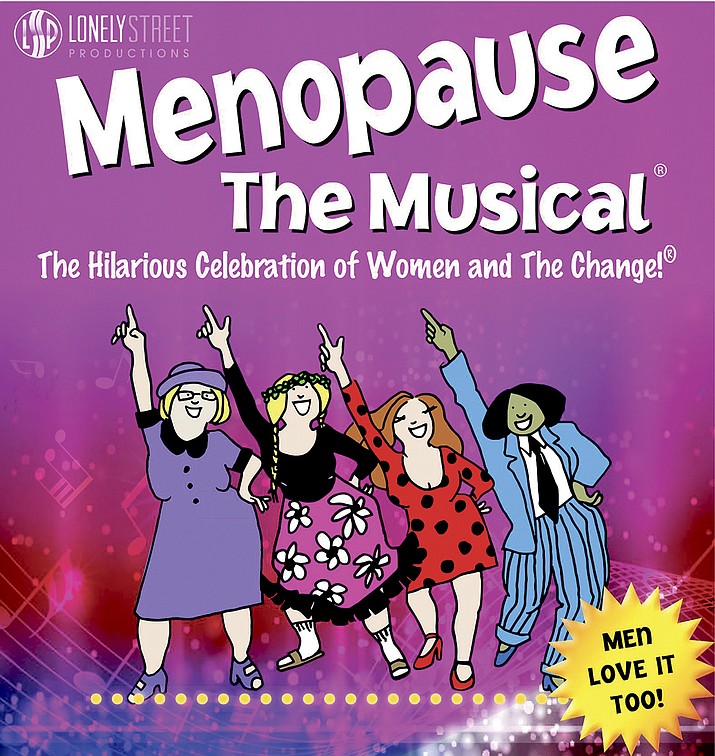 Lonely Street Productions is bringing “Menopause the Musical,” the show that the Los Angeles Times called “fresh, funny and simply terrific,” to the Elks Theatre and Performing Arts Center for two shows this weekend.

Telling the story of four women who are going through menopause as they shop at Bloomingdales and sing 25 songs about chocolate cravings, hot flashes, memory loss and more, there’s a lot of humor to it and people shouldn’t come if they don’t want to laugh, said performer Chanel Bragg.

“It’s hilarious,” Bragg said, adding that they try to “bring a little levity” to the subject of menopause.

Sarah Hayes, another performer in the show, said she really enjoys the camaraderie she has with her fellow performers as well as with the audience, which is like a fifth character.

Hayes and Bragg take the stage along with Donnalynn Waller and Caitlin Newman at 7 p.m. Saturday, April 6 and at 2 p.m. Sunday, April 7. It’s a show that can appeal to both men and women, Bragg said. Not have the women in the audience gone through or know someone who has gone through menopause, but men are their support systems, she said.

“It’s relevant to everyone,” Bragg said. “There’s enough humor for both genders.

Tickets for “Menopause the Musical” are $36 for adults and $34 for seniors, available online at www.prescottelkstheater, by calling 928-777-1370 or at the door one hour prior to the performance.

Waller said she really enjoys what the show gives to the audience in its ability to have a conversation about menopause.

“It gives us an opportunity to truly connect,” she said. “I don’t think I’ve ever performed for an audience who disliked the show.”

“Menopause the Musical” is ageless and offers the opportunity for a great laugh and an escape from a busy day, Waller said. If you see it, you’re going to have a good time, she said.