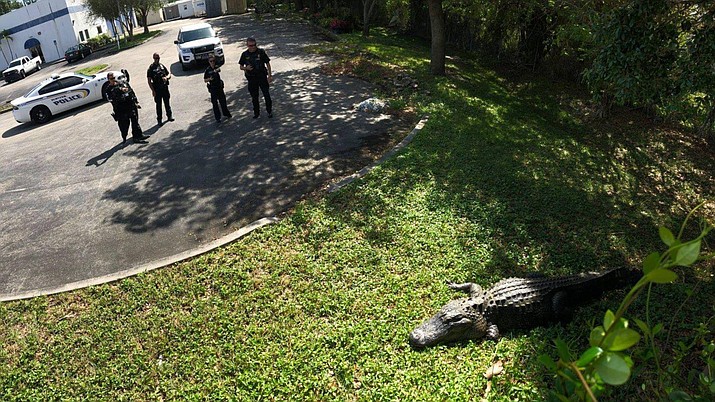 A spokeswoman for Jupiter Police says a trapper caught the unusually large gator near an office park Thursday after a business owner reported it. The reptile weighed nearly 750 pounds (340 kilograms) and is being taken to a gator farm in central Florida.

The department posted pictures of officers wrangling with the gator. Photos of the reptile have been shared more than 800 times.

The Sun Sentinel reports alligators are especially active in South Florida during warm weather. Their mating season runs from April through June.