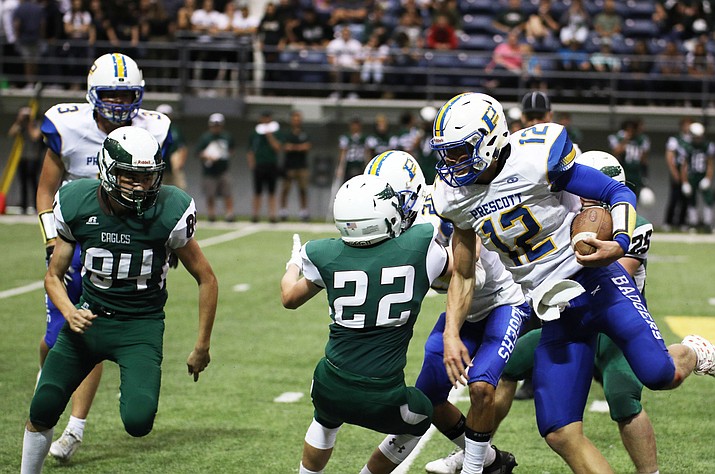 Who: #7 Coconino Panthers at #20 Prescott Badgers

Last Week: Prescott — In the makeup game with Canyon Del Oro, Prescott failed to stop Diego Munguia, who rushed for 174 yards and three touchdowns in a 35-23 victory for the Dorados over the Badgers a week ago in Tucson.; Coconino — Tied 7-7 with undefeated Bradshaw Mountain after the first quarter, the Panthers surrendered 21 unanswered points and lost 28-14 to the Bears, who remain unbeaten at 6-0 and are now ranked No. 2 in the state.

The Setting: Prescott once again faces a tough rushing attack in Week 7 as Coconino sophomore Zach Bennett has 757 yards on just 78 carries, equaling 9.7 yards per carry, and 10 touchdowns. The Panthers will throw the ball, but senior Ty Furr has completed only 12 of 42 passes for 247 yards and three interceptions for a quarterback rating of 45.6. The Badgers counter with quarterback Austin Clark, who has 107 carries for 1,012 yards and 13 touchdowns in just five games. He’s on pace for a 2,000-yard, 25-plus touchdown season.