Pierce: Shining a light on Prop 127 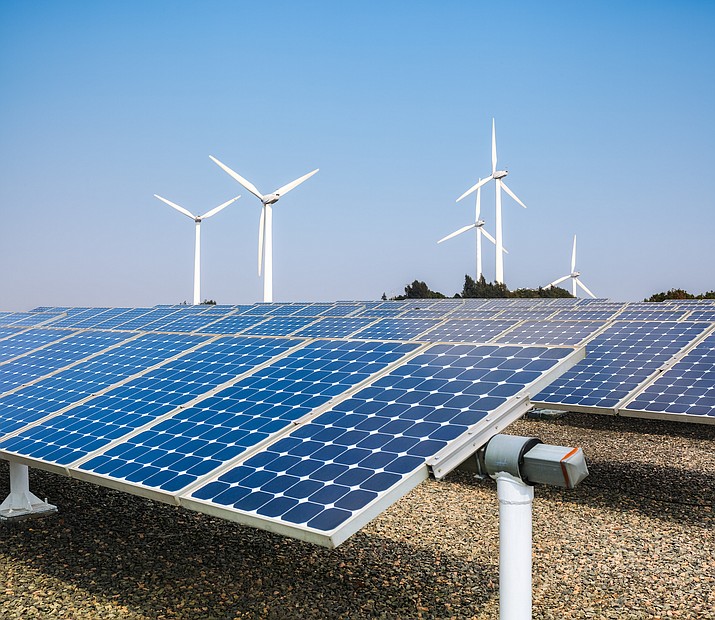 There are a lot of claims being made about Proposition 127, a proposed amendment to the Arizona Constitution to require that utilities get at least 50 percent of their energy from renewable sources by 2030. I want to bring a few facts to the table for Prescott-area voters:

If going to 50 percent renewable energy was cheaper, why does California — which adopted this same standard in 2015 — have some of the most expensive energy in the country? In fact, California energy rates are 50 percent higher than Arizona and have been increasing at a rate three times the national average ever since the state enacted its renewable mandate.

Because the sun doesn’t shine all the time and the wind doesn’t blow, renewable energy is intermittent. That means it must be combined with ultra-expensive battery storage, along with consistent power sources such as natural gas plants.

Prop 127 will result in billions upon billions of dollars of additional costs. Guess who’ll end up paying the bill: you and I, every time we get our utility bill each month.

Vehicle emissions are the primary contributor to Arizona air pollution, including ground-level ozone and the brown cloud.

An independent analysis found power plants like those targeted by Prop 127 have a “miniscule” effect on air quality in the communities where most Arizonans live. The same analysis says Prop 127 will have “no measurable impact” to improve rates of asthma and similar conditions.

If the folks behind Prop 127 wanted to improve air quality, they wouldn’t have written the initiative in a way that threatens continued operation Palo Verde Generating Station — the nation’s largest provider of clean, emissions-free electricity.

Remember: Prop 127 defines nuclear as a dirty energy source. According to the Arizona Residential Utility Consumer Office, Palo Verde will close its doors by 2029 if Prop 127 passes. For those of us who care about clean air and water, that’s crazy.

Just as Prop 127 will raise utility bills for Arizona households, it will do the same for employers and small businesses.

We all know that when businesses face increased overhead, they do two things: Eliminate jobs and pass whatever costs they can along to consumers. Both are bad for the economy in our community.

An analysis by the Seidman Research Institute at ASU determined Prop 127 will result in the loss of thousands of Arizona jobs in the coming years. Palo Verde alone employs

3,000 people. Its closure with Prop 127 will send ripples across our state economy.

WE ARE SOLAR LEADERS

You may have seen messages from the YES on 127 campaign saying Arizona only gets 6 percent of its energy from solar. This is false.

The reality is, Arizona has more solar per person than any state outside of California. In fact, Arizona ranks No. 3 in the country in terms of installed solar capacity, according to a new analysis by the Solar Energy Industries Association.

Arizona’s energy mix is already 50 percent clean, when you include Palo Verde, and utilities are making more investments every year. But we should steer clear of inflexible constitutional mandates like Prop 127.

Prop 127 was cooked-up by a California billionaire and his team of out-of-state political strategists. They’re funding virtually every penny of the Prop 127 campaign, and sought no input from Arizona policymakers, utilities or ratepayers.

Now, they’re spending more than $10 million on a campaign rooted in half-truths — hoping to fool you into voting for something that will increase your utility bills.

Arizona deserves better. Please join me in voting NO on Prop 127.

Steve Pierce is a third generation Arizona rancher, and formerly served as the state Senator representing District 1. He lives in the Prescott area.