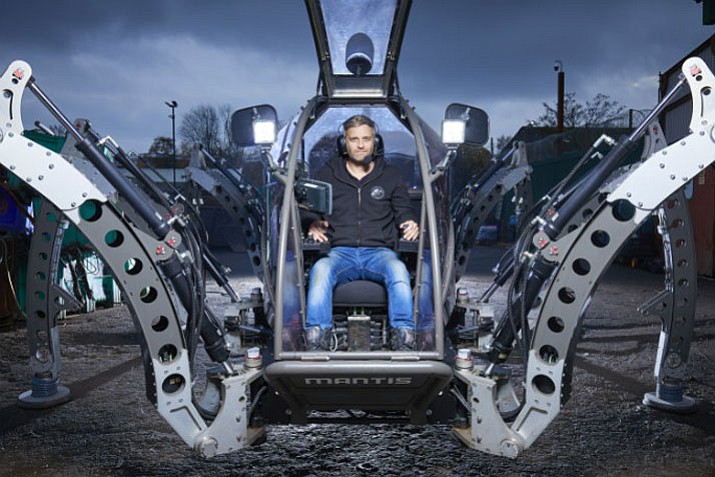 Matt Denton sites inside his 6-legged creation called Mantis. The hexapod robot can be driven from inside its cockpit or operated remotely by Wi-Fi. (Guinness World Records)

Watching Star Wars as a seven-year-old inspired a British engineer Matt Denton to create a 2-ton, 6-legged robot that has walked into the record books.

According to Guinness World Records, seeing the four-legged AT-AT robots in Star Wars Episode V: The Empire Strikes Back struck a chord with the young Denton, who has seen his animatronics career come full circle; from building small models at home he’s gone on to work on Harry Potter and, appropriately, Star Wars while his hexapod has made it into Guinness World Records 2019.

The hexapod robot, called Mantis, can be driven from inside its cockpit or operated remotely by Wi-Fi, and is powered by a 2.2-litre Perkins turbo diesel engine, allowing it to walk at a top speed of just over 0.6 mph.

It boasts 18 degrees of freedom via two three-axis joysticks and 28 buttons, and has a Linux PC as its 'brain'.

The Linux PC uses HexEngine software to control the movements each leg; the unit receives commands from the hexapod’s Operator Interface and sends feedback.