Authorities unsure what led ATV to go off Arizona cliff 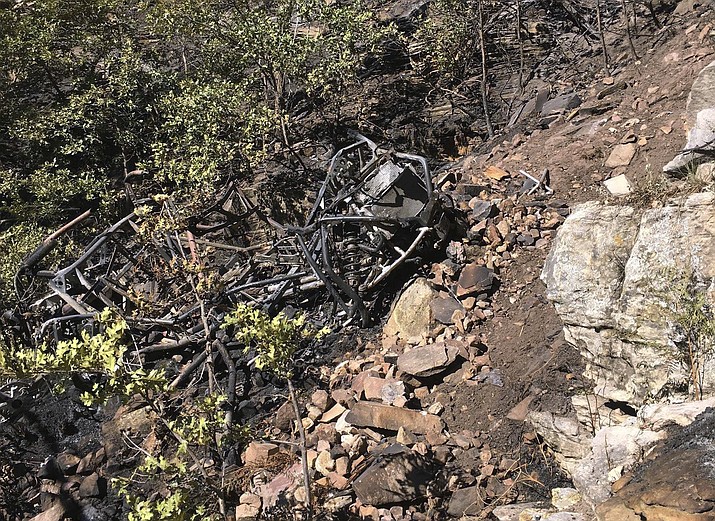 FLAGSTAFF, Ariz. (AP) — Authorities in northern Arizona are trying to figure out how an ATV went off a cliff, killing all four men riding in it.

Coconino County Sheriff's officials recovered the bodies Monday of the victims of a weekend crash near Blue Ridge.

Sheriff's spokesman Jon Paxton says investigators are continuing to look into how the all-terrain vehicle veered off a forest road and plunged 400 feet.

Paxton says the four men were from metro Phoenix area and had been on a camping trip in the Payson area.

He says the county medical examiner had not yet made positive identifications.

The Saturday crash also sparked a 10-acre fire, which made it difficult for rescuers to get to the victims.

The road has since reopened.