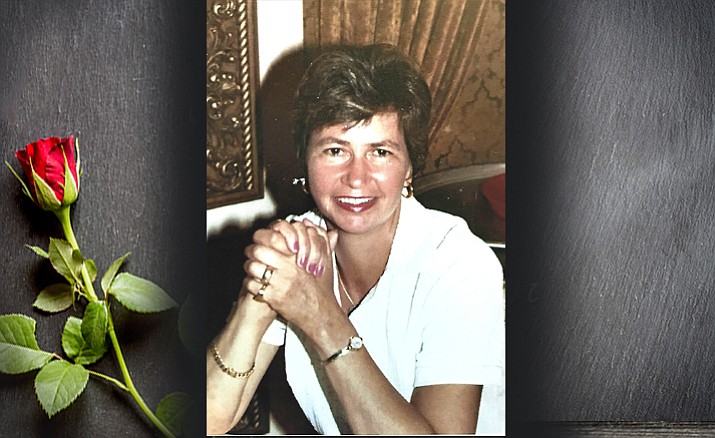 Elisabeth Hushler, 83, passed away peacefully in her home in Prescott Valley, Arizona. She was born on Jan. 17, 1935, as Elisabeth Disteli in Olten, Switzerland. German was Elisabeth’s first language. In 1939, Elisabeth and her family moved to St. Emilion, France, where she resided through World War II and the post-war period. Elisabeth learned to speak French as a second language. In 1952, Elisabeth met and married Wilhelm Schmidt in Sabres, France.

Two years later, the couple immigrated to America, arriving in New York City aboard the MV Britannic with two suitcases and a $5 bill, settling in Wall Township, New Jersey.

To help make ends meet, Elisabeth sought out home and office cleaning jobs, while finding her calling as a caregiver to several neighbors, elderly friends, and family members. Elisabeth learned English as her third language. Shortly after her beloved husband, Wilhelm’s, unexpected passing in 1974, Elisabeth found employment in the shipping department of Standard-Keil, Allenwood, New Jersey, where she met her second husband and U.S. Navy World War II veteran, Roland Hushler. They were married in Neptune, New Jersey, in 1975.

In 1980, Elisabeth and Roland moved to Mena, Arkansas, where they purchased a 20-acre farm. It was here where they spent their semi-retirement time raising cattle, while growing and canning vegetables.

In 1996, Elisabeth and Roland joined a welcoming community in Prescott Valley. After Roland’s passing in 2010, Elisabeth focused her energy on supporting her neighbors and community, leaving behind a legacy as a kind, caring, and giving friend and neighbor. Elisabeth celebrated her 80th birthday with a skydive and a birthday party that included her closest friends and family, which Elisabeth fondly recalled as her best birthday ever.

The Hushler-Schmidt family would like to thank the hospice staff for their exceptional care. In lieu of flowers, the family requests to direct donations by either check or by online contribution (click on link and “Donate Now”) in Elisabeth Hushler’s name to: Kindred Hospice, 3107 Clearwater Drive. Prescott, AZ 86305 https://www.kindredhealthcare.com/our-services/hospice/hospice-foundation.