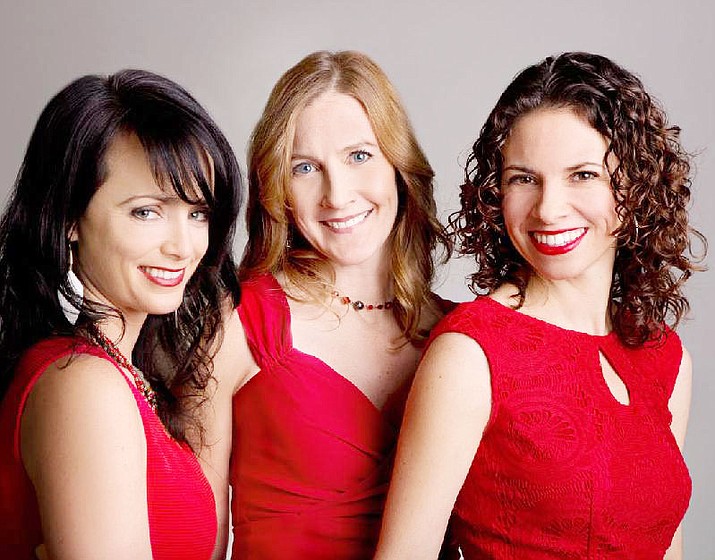 The Americana vocal trio, Red Molly, is returning to Prescott for the first time since 2014, performing at the Elks Theatre and Performing Arts Center Saturday, Sept. 15. (Courtesy)

After taking a two-year hiatus from touring, the Americana vocal trio Red Molly is returning to Prescott for the first time since 2014, performing at the Elks Theatre and Performing Arts Center Saturday, Sept. 15.

“When they came through here, they were really good, they’re a really fascinating group,” said Tom Agostino, Folk Sessions director. “They blew the house down.”

The trio, comprised of Laurie MacAllister, Abbie Gardner and Molly Venter, is known for tight harmonies, crisp musicianship, infectious songwriting and a warm, engaging stage presence. They’re really excited to be back in Prescott having loved their last visit, Venter said.

Not only are they vocalists, but MacAllister plays the bass, Gardner plays a resonator guitar known as the Dobro and Venter plays the guitar. They’re also going to be joined by two others, for their 7 p.m. show, a bass player and a guitarist who also plays percussion, Venter said.

“The band can get really rocking and then it can get more … complex musically and more interesting technically,” she said, adding that it’s still primarily a harmony group but “we’ve just got a lot more breadth musically speaking.”

Tickets are $40 for VIP tickets, $30 for adults and $25 for seniors and can be purchased online at www.prescottelkstheater.com, by calling 928-777-1370 or at the door one hour prior to the performance.

The audience is what keeps the three of them going, Venter said. People who come to the show to receive something get a good dose of music and art for their soul, and when they’re present with them, they’re responsive, she said. It’s easy to tell they love the music and are moved by it, which is what it’s all about, Venter said.

It’s a perfect show for anyone who is a fan of harmony singing, she said.

“It’s tight harmony and interesting arrangements and these days, it kind of rocks out at times,” Venter said.