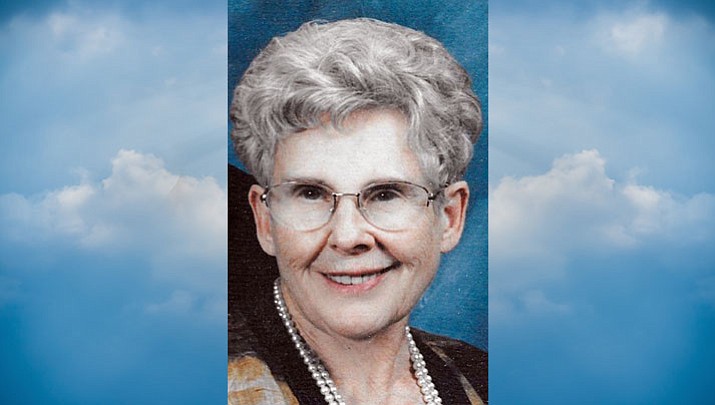 She attended Foster Elementary School, a one -room, one -teacher school until the eighth grade, when she moved to a two-teacher school in De Graff located 12 miles north of El Dorado, Kansas. She graduated from El Dorado High School in May 1939. She went on to graduate El Dorado Jr. College with a teaching certificate. She taught five years of elementary school in Butler County, Kansas. She then continued her teacher education at Emporia State teacher’s college and the College of Emporia in Emporia, Kansas, graduating May 30, 1949, with a BA Degree in education. She was a private piano teacher leaving a legacy of two church pianist and organists and one composer who entered international competitions in 20 countries and also received an honorable mention. She herself was organist of Trinity Presbyterian Church locally at one time and also has been organist in other churches as well. She also was a talented seamstress, sewing clothing for herself, her family, private customers and three local stores.

She married Donald William Watkins on June 19, 1947. They were married for 61 years at the time of his death on April 20, 2008. Their two children are Arlene Kay (Watkins) Robinson of Spring, Texas, and Duane S. Watkins and his wife. Cindy S. (Weber) Watkins, of Scottsdale, Arizona; and one grandson, William Austin Watkins of Queen Creek, Arizona.

She loved her family and enjoyed watching them participate in all their activities and seeing them grow up. She also enjoyed working with her husband in the ministry and especially the work on their mission field in Colorado. She said her great honor was to be privileged to serve her Lord and she felt called. In lieu of flowers, memorial funds may be given to Trinity Presbyterian Church, Prescott, or Mingus View Presbyterian Church, Prescott Valley.