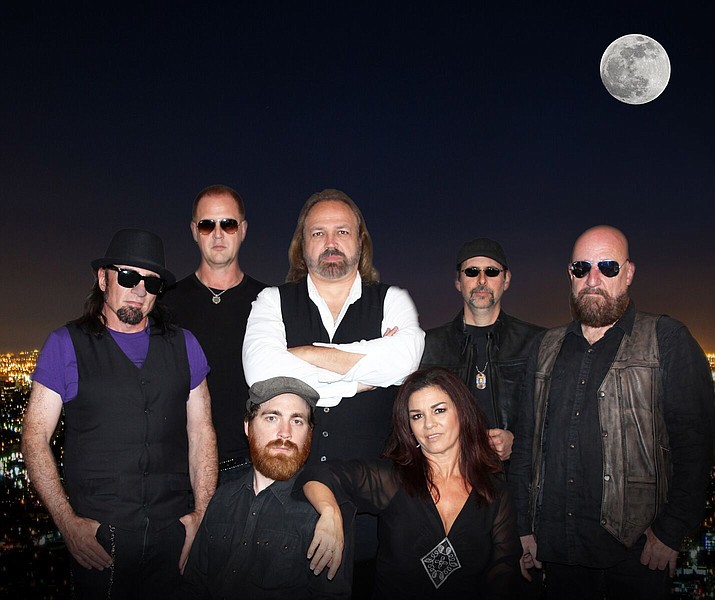 Turn the Page, the “ultimate” tribute to Bob Seger and the Silver Bullet Band, is returning to the Elks Theatre and Performing Arts Center Friday, Sept. 14. (Courtesy)

Turn the Page, billed as the “ultimate” tribute to Bob Seger and the Silver Bullet Band, is returning to the Elks Theatre and Performing Arts Center with an entire second half dedicated to performing the album “Stranger in Town” track by track, said the show’s Seger, Sam Morrison.

“We’re hoping it blows the roof off,” Morrison said. “It’s probably the one album that exploded to put him on the map as a real recording artist.”

Prior to “Stranger in Town,” Seger was mostly a recording artist in the Midwest, and it’s the album that made him famous, he said. While the show is going to start with all the standard hits, the band will launch into the album immediately following intermission. The 10th album by Seger, released in 1978, it went Platinum six times and contains such tracks as “Hollywood Nights,” “Still the Same,” “Old Time Rock and Roll,” and “We’ve Got Tonite.”

The Friday, Sept. 14, show is performed by The Sam Morrison Band who are all excited to be coming back to Prescott, Morrison said. It’s something they’ve been waiting for all year long, he said.

Tickets for the 7 p.m. show are $25 for adults and $22 for seniors and can be purchased online at www.prescottelkstheater.com, by calling 928-777-1370 or at the door one hour prior to the performance. The Elks Theatre and Performing Arts Center is located at 117 E. Gurley St.

The reason they’ve decided to do the entirety of “Stranger in Town” is because they wanted to give those who come the show something new, Morrison said.

“I don’t want to keep giving them the same show every time,” he said.

Next year they might perform “Night Moves,” Morrison said. It was Seger’s ninth album and was released in 1976.

Learning the album track by track wasn’t too difficult because they’ve already recorded a lot of Seger’s hits, this was just a matter of putting the songs together live, Morrison said. To be able to recreate them in a live setting is a lot of fun, he said.