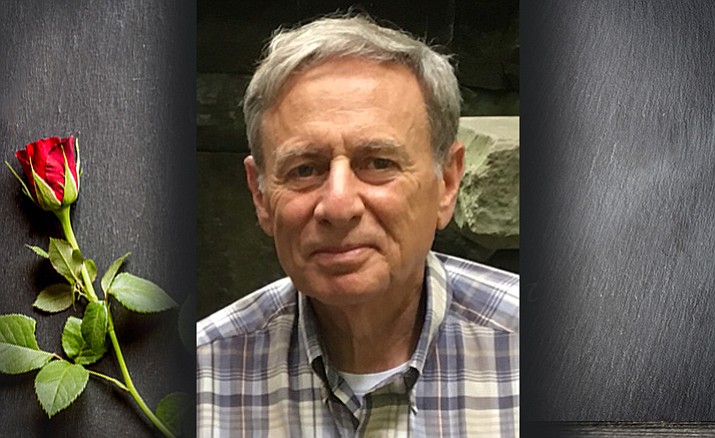 Kenneth W. Mino, (Ken to everyone who knew him), went to be with his Lord and Savior, Jesus Christ, after a long struggle with pancreatic cancer. He passed away at his home in Prescott, Arizona last Saturday evening at the age of 74. He was born in Evansville, Indiana in 1944, moved to California with his family when he was eight and eventually retired to Prescott in 2003. Ken was preceded in death by his parents, Dr. Victor H. Mino and Helen Gore Mino of Laguna Hills, California. He is survived by his brother Mr. William G. Mino (his wife Frances), and their children Mr. Daniel W. Mino (his wife Heather) and Dr. Jeffrey S. Mino (his wife Rose). He is also survived by his great niece, Jillian P. Mino and great nephew, Matthew D. Mino. Ken attended Woodrow Wilson High School in Long Beach, California and graduated from Whittier College in Whittier, California with a Bachelor of Arts degree in Business and Economics in 1966. He entered the banking industry and had a successful career there, being the youngest Bank of America branch manager up to that time as well as one of their younger Vice-Presidents. His banking career was interrupted by service in the United States Army during the Vietnam War where he served with distinction earning a National Defense Service Medal, the Vietnam Service Medal, Vietnam Campaign Medal, and a Bronze Star. After an honorable discharge, he returned to banking and retired at the age of 50. In Prescott Ken enjoyed various hobbies and organizations including his lifelong love of automobiles, and for a time was the Vice-President of the PAAC (Prescott Antique Automobile Club). He was also active in community groups including the Williamson Valley Corridor Plan, of which he was President from 2006 - 2009, and was the Secretary of the Williamson Valley Community Organization from 2015-2016. Ken was beloved during his working years and in his community, earning the respect and admiration of others due to his integrity, honesty, and willingness to help others whether it be in his professional or personal relationships. A memorial service for Ken will be held at the Chapel on the grounds of the Veterans Administration Hospital in Prescott this coming Friday morning, September 14, at 11am, the Rev. Mark Tilly presiding. There will be a viewing at the Hampton Funeral Home, 240 S Cortez, Prescott, the preceding Thursday evening, September 13th, from 6 -8 pm. His body will be transported to Forest Lawn Cemetery in Cypress, California for burial. The family would like to thank the nurses and staff of Maggy’s Hospice for their extraordinary care and concern for Ken during his illness.