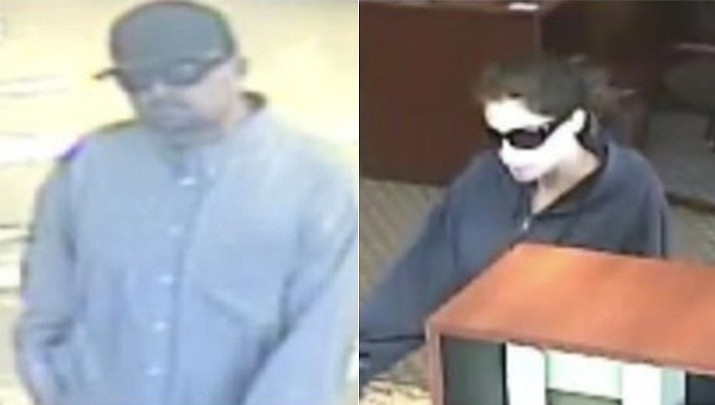 PHOENIX — A married couple dubbed the "Criss-Cross Bandits" have been arrested and indicted for a series of bank robberies in the Phoenix area.

The couple's nickname came from alternating the robberies, which involved a demand note and fleeing the bank after getting a known amount of money.

They say the Klines recently were taken into custody without incident with help from the FBI in Albuquerque and the Yavapai County Sheriff's Office, but didn't provide an arrest date or any details Wednesday.

The couple was indicted Sept. 4 for nine bank robberies plus one count of conspiracy and FBI officials say additional charges may follow.

Anyone with information regarding this case can call the FBI's Phoenix office at 623-466-6377.