As job openings hit unprecedented levels, so does quitting 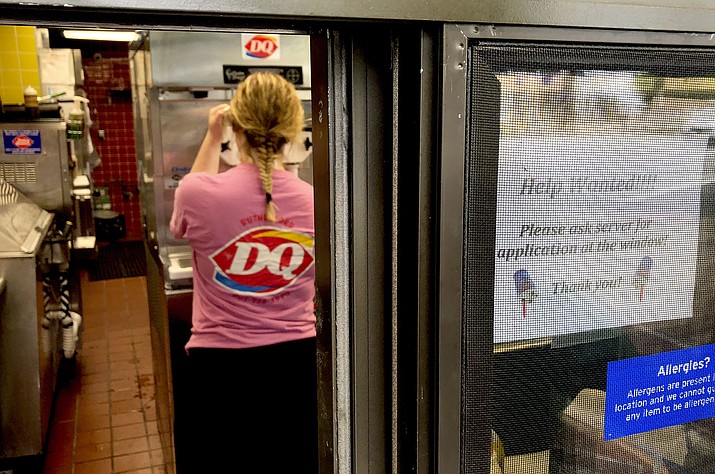 WASHINGTON — U.S. employers advertised the most jobs on record in July, and the number of workers quitting their jobs also hit an all-time high.

Americans are increasingly taking advantage of a tight labor market to find new, often higher-paying jobs. That could help push up wages broadly across the economy.

The Labor Department said Tuesday that the number of job openings rose 1.7 percent to 6.9 million, the most on record dating back to late 2000. The number of people quitting jumped 3 percent to 3.58 million, also a record. Quits are typically a good sign that jobs are plentiful, because people usually quit when they have another job or are confident they can find one.

With the unemployment rate at 3.9 percent, near an 18-year low, businesses are increasingly desperate to find workers.

Even as the number of available jobs rose, overall hiring in July was essentially flat, with about 5.7 million people finding jobs, the report showed.

The data are from the government’s Job Openings and Labor Turnover survey, or JOLTS, which tracks total job openings, quits and hiring.

The JOLTS report comes after the government said on Friday that employers added a healthy 201,000 jobs in August. That figure represents the net total of jobs added, while the JOLTS data reports overall hires without subtracting quits, layoffs and resignations.

The jump in job openings in July suggests solid hiring will continue in the coming months.

Private sector surveys also point to solid gains. ManpowerGroup’s employment outlook survey, released Tuesday, found that employers in all 13 large industries that it tracks plan to add workers in the final three months of the year.

The staffing company’s survey also found that hiring should pick up in all four regions.

The company’s hiring index in the South reached a 10-year high, ManpowerGroup said.

With the economy growing at a healthy clip and consumers spending freely, employers are optimistic about future demand and want to hire more. That appears to be finally pushing some employers to pay more, pushing up wages.

That was the best annual gain since June 2009, when the Great Recession ended.

A more dynamic job market, with more people quitting and finding new work, can help fuel better wage gains. Workers who switch jobs are getting raises roughly one-third larger than those who remain at their jobs, according to the Federal Reserve Bank of Atlanta.

Openings rose in manufacturing, finance and insurance, and hotels and restaurants. They fell in retail and in education and health.