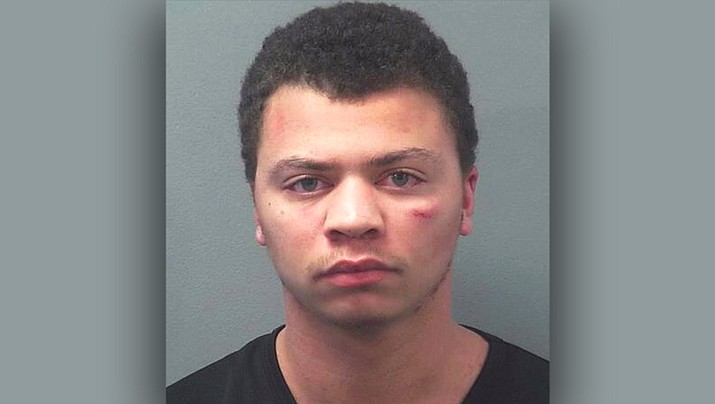 MESQUITE, Nev. — Police in southern Nevada say a 14-year-old girl from the Phoenix area has been safely recovered and a 21-year-old man is in custody after a reported abduction and Amber Alert in Arizona.

He was being held at the Mesquite Detention Center pending an initial court appearance and the naming of a lawyer to his defense.

The Amber Alert was issued Sunday by the police in Surprise, Arizona, after the girl was reported missing Saturday.

Mesquite is about 80 miles (129 kilometers) northeast of Las Vegas.

An Amber Alert for a 14-year-old Surprise girl was canceled Sunday after the teen and her alleged kidnapper were located in Nevada, according to the Arizona Department of Public Safety.

Police said Aubrey Gardner was believed to have been abducted by 21-year-old Jonathan Carson after she was reported missing from her Surprise home.

The alert was issued early Sunday by the Surprise Police Department.

Carson and Gardner were located in Mesquite, Nevada, during a traffic stop between 5:30 p.m. and 5:50 p.m. Sunday. Both were taken into custody, DPS officials said in a release.

Surprise police are still investigating the details of the Nevada stop.