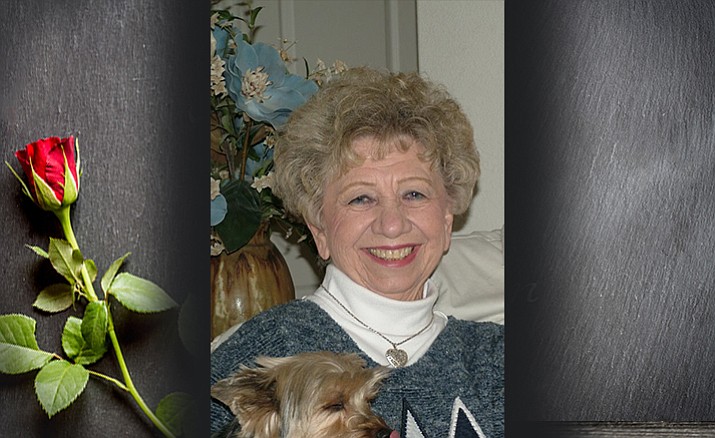 Surrounded by family, Cecelia ‘Cel’ Virginia Elkins went to be with her Heavenly Father on Aug. 31, 2018. She was born on March 22, 1931, in Chicago, Illinois, the first of two children to Joseph and Virginia Bukauski.

Growing up on the south side of Chicago, she graduated from Lourdes Catholic High School in 1948, volunteered at a Catholic hospital, worked at Cupid’s ice cream store and then at Bell Telephone in their accounting department. At 17, she moved in with her best friend, Lou Lesko, and her family. In 1950, the Lesko family moved to Los Angeles, California, bringing Cel with them. Cel was able to make a job transfer and continued to work for Bell Telephone in LA. Through friends Natalie and Joe Smith she met Doyle, who was stationed at Edwards Air Force Base. They married in November 1953, a marriage that produced three wonderful daughters, five grandchildren, and four great-grandchildren.

Doyle and Cel bought their first home in La Mirada, California, in 1958, moved to Roppongi, Japan, in 1968 for two years, back to La Mirada until 1976, then to La Habra Heights, California. In 1998, they made the move to Prescott, Arizona, then Dewey, Arizona, in 2016. Cel was a homemaker while her girls were growing up. She loved dressing her girls in matching outfits on holidays and designing custom Halloween costumes. She occasionally worked part-time at a women’s dress shop, and for about 10 years at H&R Block during tax season as a receptionist or tax preparer.

Cel had a love of service to her community. She volunteered at Whittier Hospital for 22 years, doing normal hospital volunteer work and making Christmas decorations for their annual fundraising boutique. She managed Judy’s Bobby Sox softball team, and was a Girl Scout leader with her best friend Flo. After their move to Arizona, Cel volunteered for years with the Guild of Prescott Fine Arts.

The family loved to camp when the girls were young, tent camping at Kings Canyon, Sequoia, Yosemite, Big Sur, Mammoth Lakes, and Bass Lake, often with friends, Mary and Bill Leightner, and family. Later they moved up to RV’ing and traveled over much of the U.S. and Canada, convoying with friends, Flo and Norm Nordin. In 2007, they and the Nordins bought lots across the street from each other at an RV resort near Palm Springs, California, parked their 5th wheels, and became snowbirds. Gardening and visiting with neighbors and friends were always important past-times for Cel. She loved to cook and try new recipes! Whether it was indoors or a barbecue by the pool, she loved to entertain! She loved Bunco and after moving to Prescott, Cel and some neighbor gals formed a Bunco group that still plays.

Cel is survived by her husband, Doyle, of Dewey, Arizona; her three daughters, Karen Johnson (Larry) of Menifee, California, Judy Smith of Woodland, Washington, and Sandy Elkins of Grand Junction, Colorado; four grandchildren, Angie (Nick), Jason, Brian (Sara), and Hunter; and by four great-grandchildren, Exodus, Peyton, Kaitlyn and Preston. She was preceded in death by her parents; her brother, Larry Bukauski; and one grandson, Corey Johnson.

A rosary and funeral mass will be held at St. Germaine’s Catholic Church in Prescott Valley at 10 a.m. Thursday, Sept. 27, 2018. A luncheon will follow at the church. Interment will be at Camp Navajo Arizona Veterans Memorial Cemetery in Bellemont, Arizona, at 11 a.m. Friday, Sept. 28, 2018.

The family would like to thank Mayo Clinic for her excellent cancer care and Good Samaritan Society for her comforting hospice care. The family is grateful for any memorial donations in her name to the American Cancer Society for lung cancer research. Arrangements entrusted to Sunrise Funeral Home in Prescott Valley.