Arizona woman accused of smuggling 2 Mexican men into US 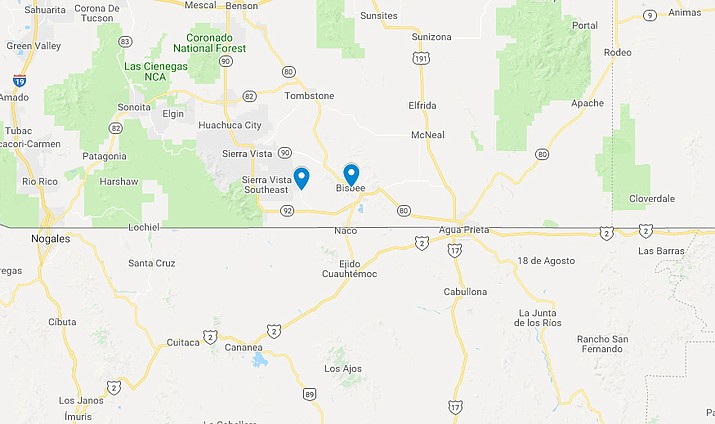 Authorities say a Hereford, Arizona woman has been arrested for allegedly smuggling two immigrants into the country near Bisbee. (Google Maps)

TUCSON, Ariz. — Authorities say a Hereford woman has been arrested for allegedly smuggling two immigrants into the country near Bisbee.

U.S. Customs and Border Protection officials say the 41-year-old woman fled from agents Tuesday night before she was apprehended.

Her name hasn't been released yet.

Camera operators at the Brian A. Terry Station say they saw two men walk through the desert and get into a pickup truck along Highway 92.

The operators then directed nearby agents to the truck for an immigration stop.

When the vehicle stopped, two men fled on foot but were quickly apprehended by responding agents.

Meanwhile, the woman drove away from the scene but was later arrested.

Authorities say the two men from Mexico are ages 18 and 20 and have been processed for immigration violations.